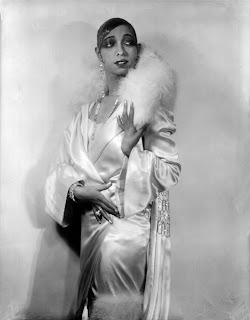 I thought I'd share a few Images of Josephine baker that I found when researching for a source book project.
Baker is an interesting character not just to look at but also to read about. She was the first African American to star in a film, to be integrated in to an American music hall and also become a famous world wide entertainer. She contributed to the American civil rights movement and received the French military Honor for assisting the French resistance in WW2. 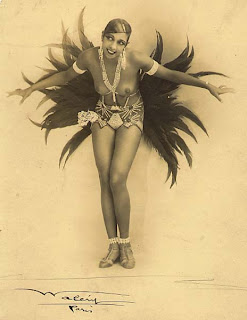 Baker always appears captivating in pictures and very at ease. I love the fact that she wasn't afraid to pose half naked at a time where doing such thing could be frowned upon and that seems to give her a risque element. It's no wonder that France took to her so well as she fitted right in with it's artistic and Bohemian nature. 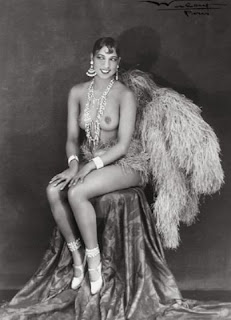 Baker wore some amazing costumes and was regarded as a very good dancer, performer, film star and singer in Europe, especially France. Shirley Bassey once cited her as being her primary influence but whilst alive she did not have the same reputation in America. 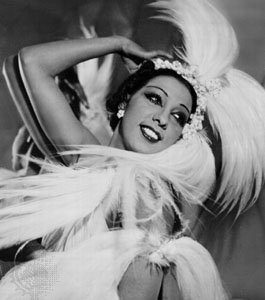 Baker was a muse for not only designers and painters, but sculptors and contemporary authors such as Ernest Hemingway, Christian Dior and Pablo Picasso. 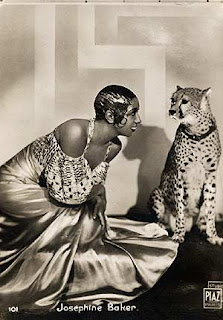 This is image of Baker, photographed with her cheetah, Chiquita, is one of my favorites I think this makes her seem unpredictable and all the more interesting.
Baker and her Cheetah are also mentioned in the book The Shoe Queen that I bloged about a while back.
Whilst looking at Josephine Baker again, I realised she must have had some brilliant stories to tell and it made me think if I drew up a list of people, dead or alive to invite to a dinner party she would defiantly be on my list.
Which brings me to the question if you could invite any one, dead or alive to a dinner party who would you choose and why?
Thanks for looking x
costume design Josephine Baker Photography Shoe Queen