The one shouldered blue Dress.

on January 09, 2011
I started this dress mid November and it's taking forever to make, because every time I tried to make it something else would get in the way. But its finally complete- yay!

The dress is a one shoulder design, with a two tier ruffle on the neckline finished with bias binding and features a side zip.

I first made the pattern when I was in collage as part of my final project, and decided to have another go at it. I made some adjustments to the original pattern, mainly to the hem and ruffles.
The original pattern has an asymmetric hem with four tiers of ruffles, which I didn't want on this dress so I just straitened the hem. I also made the neckline ruffles longer. 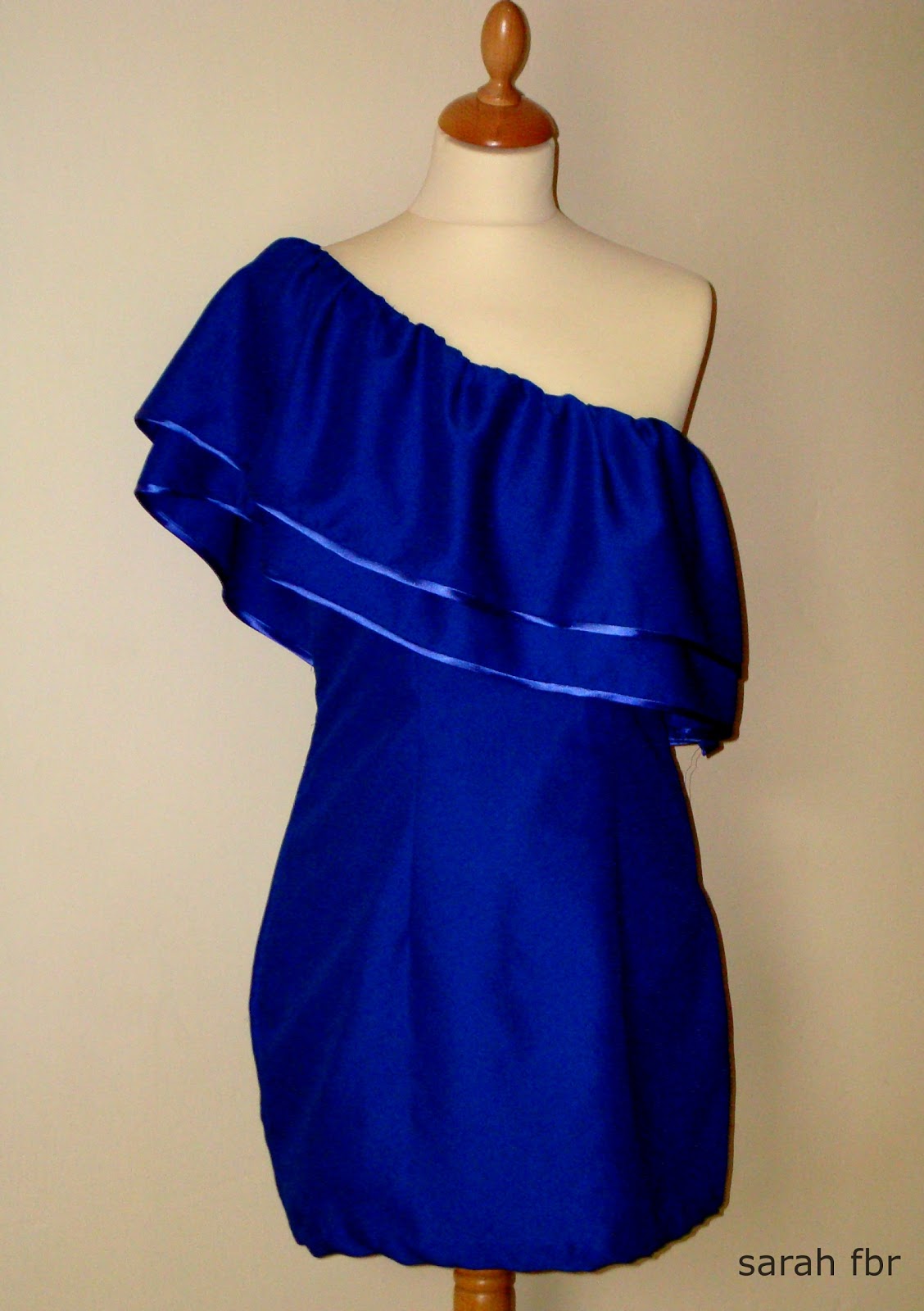 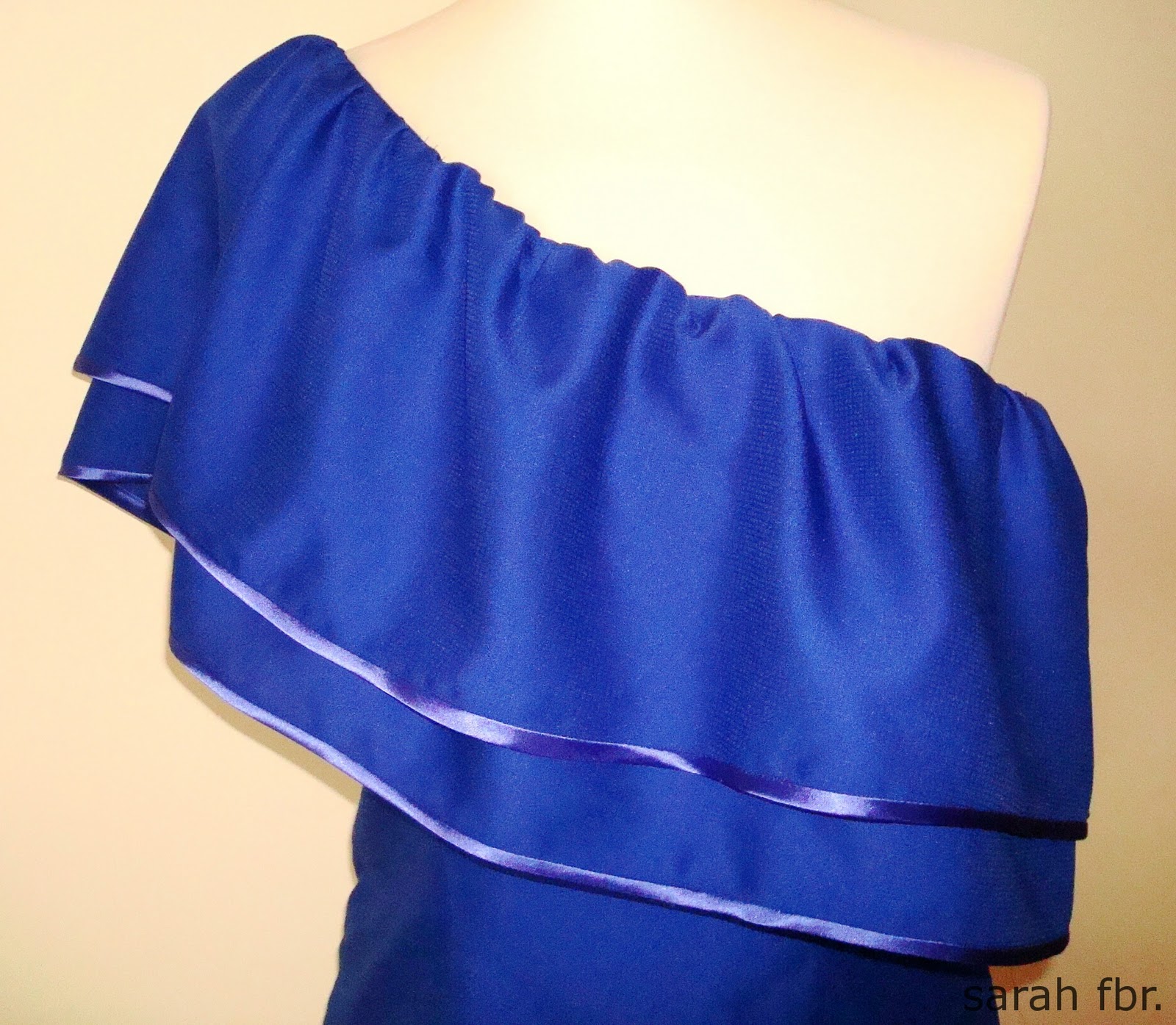 The dress turned out fairly well but the original pattern was done using the Drape method (done on the dress stand) but I think I should of stuck to a flat pattern (done on paper) which is what I usually do.
I did make alterations to correct bits of this pattern but I'm still not convinced its 100% right.

The good thing about it was, I knew there might be problems with the pattern so I didn't use an expensive fabric, instead I picked up this blue fabric from the remnants bin for £2.20
for 1.5mtrs. Bargain!!! 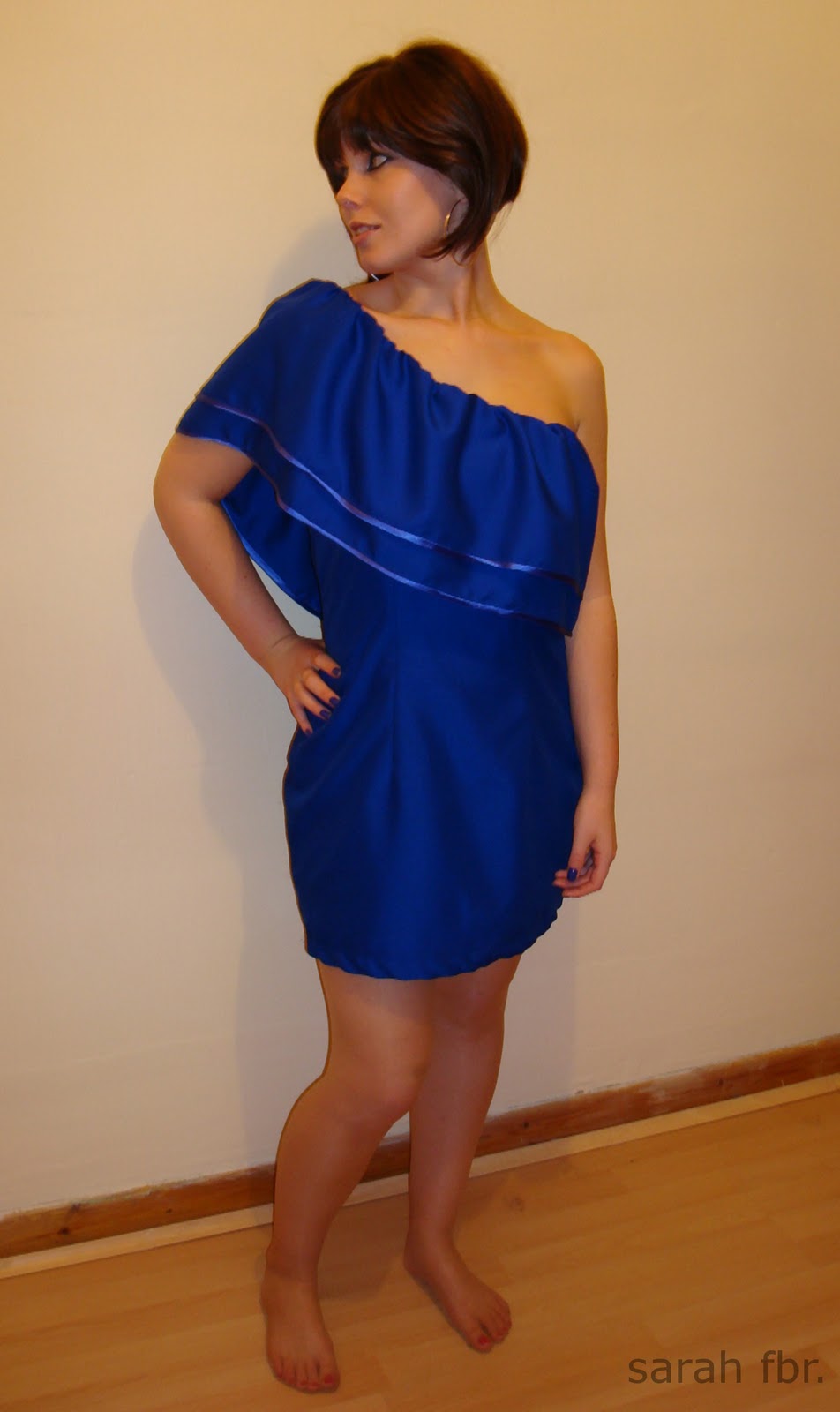 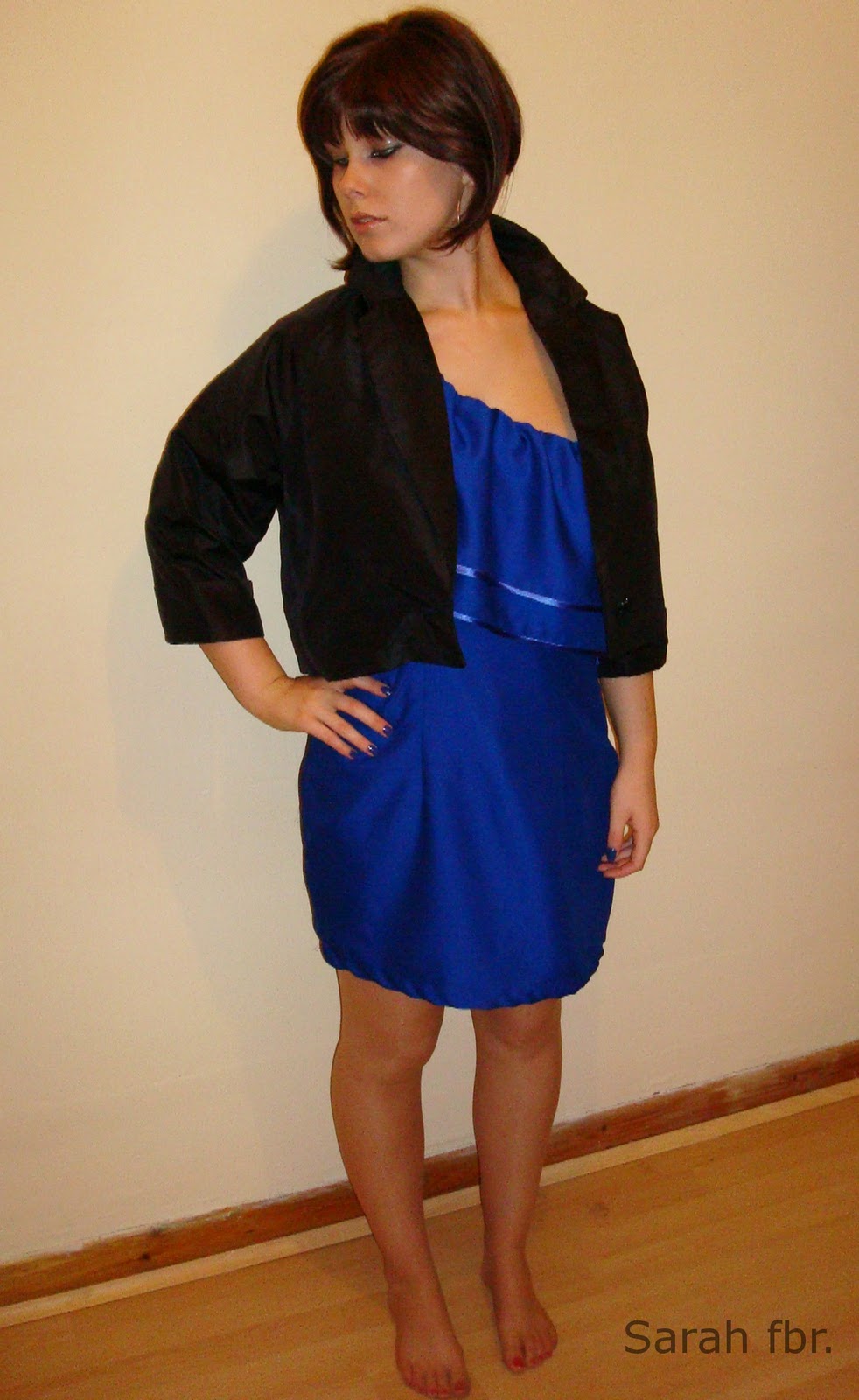 I've paired the dress with a cropped jacket, I think they work quite well together.

what do you guys think?

thanks for looking x