on April 28, 2011
I've taken a little bit longer off than I intending so sorry about the lack of posts, but I hope you all had a nice Easter.

Today I thought I'd share with you my current fascination, it's a man by the name of Julian Roberts.
He's a fashion designer who use a pattern cutting technique that he has developed himself called subtraction cutting. 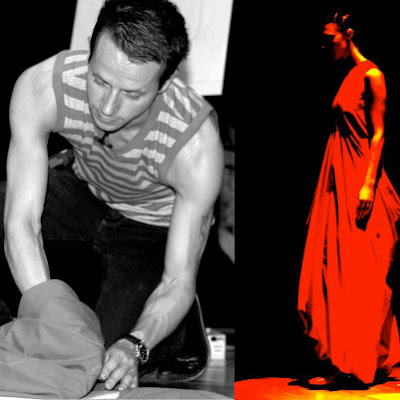 This technique looks less complicated and allows for chance discovers and happy mistakes as I call them, thus you never really know what you'll end up with, which fascinates me as this is an element I like most about pattern cutting and sewing. 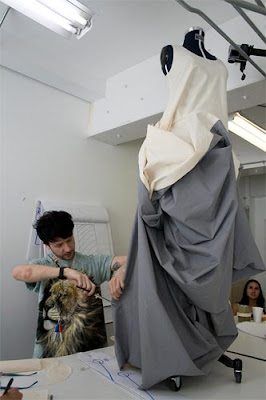 In principle, he uses a piece of  rectangular fabric and stitches the one end together, he then works with negative space around a pattern to produce clothes which he describes as 'creative pattern cutting', all in all it's a tad bit complicated to explain but looks good non the less.

His website also has some good info, and I'm quite keen on buying the book too, so let me know what you think especially if you've bought the book(s) or been to one of his work shops.
Thanks for looking x x
pattern cutting sewing techniques