on May 29, 2011
Back in January a friend of mine who is studying theatrical make-up asked if I would make her a strapless top to go with her nature themed project, so of course I said yes. 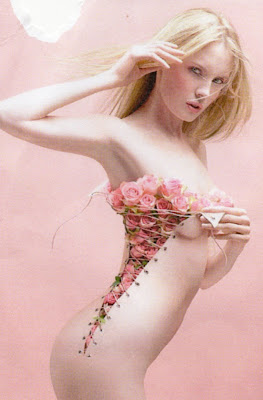 She wanted a top based on the image above, so we discussed some ideas and decided to go for a lace-ed up effect directly on the fabric itself rather than a cut out panel which although basic, should have a similar effect as the image above as I only had a few weeks to make it. 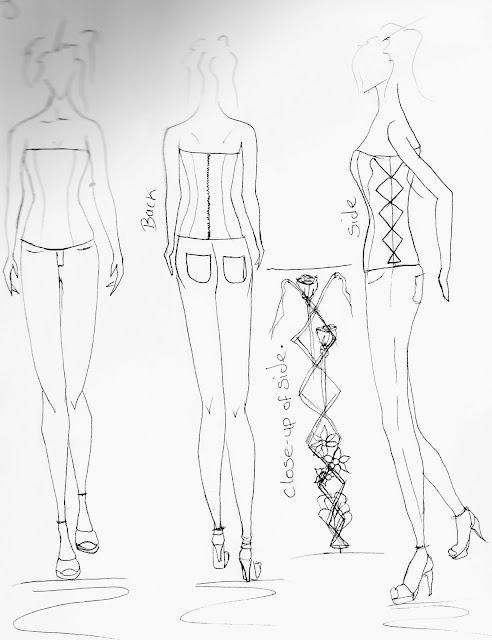 I did a few quick sketches, with the idea of the lace up sides being so she could insert rose's like in the first image and hopefully they would stay in place. 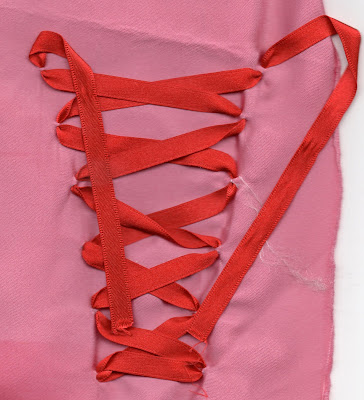 I even did a small sampe of the effect I wanted to create, so we could both have an idea of how it would look  obviously it would be larger on the actual top and I would do tiny diagonal button holes to insert the ribbon so it would look nice and neat, I even designed the pattern and made a toile........
...........However two weeks into the project I started a new job which left little to complete the project coupled with my friend being in college and not having much time to source the material, ribbon and zip to make it and the fact she lives 10miles away meant that the project didn't get completed, but I'm intreagued to see what the finished piece will look like so I'm going to complete the project when I have time and with a few addidtions: I want to underline the top as this is something I've read upon and was recently reminded about in a post by casey's elegant musings  and I would like to do a painted on piece inside the lace-up design inspired by the fabric I used in my last post . 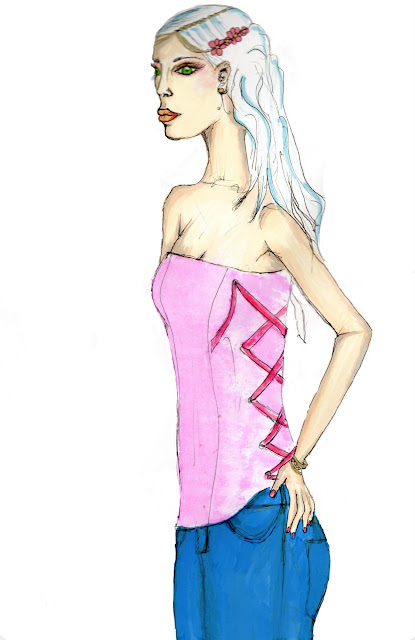 A quick illustration of the bodice I did last week I was trying to create an earth-real feel to it??!!
I'm looking forward to completing the project so hopefully it will be sooner rather than later....
Thanks for looking x x
design Illustration sewing