on September 17, 2011
On my quest to write more about fashion and sewing, I've complied a rundown of the team required to make a collection. A  team can consist of only one or two people who oversee everything but as a business grows, people are employed within their specialist area to help run the business more efficiently. 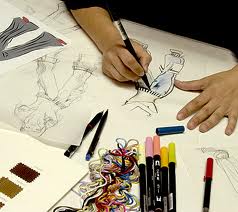 The main member of a team, everything centers round him or her. The designer dictates the collection and how it should look. He/she will oversees every aspect from designing, making, and sewing to editing the final show/collection.  The designer is also responsible for briefing the team and for completing relavent research weather it being design or market based. They also have to be open to receiving feedback not just from critics but within their own team.


The designer will have multiple working relationships not just with his or her team but with fabric and trim suppliers, textile designers, merchandisers, coordinators, accountants and PR agents 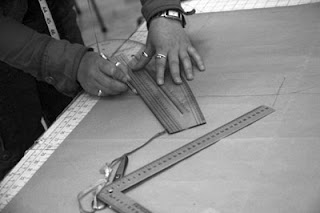 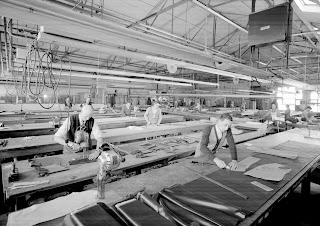 Many small design teams will expect the pattern cutter to do this job or will give it to the students on work experience. Bigger companies will employ a separate person freeing up the pattern cutters time. The sample cutter will work very accurately and at precise speed to cut out the sample fabric in order for it to be made up as quickly and efficiently as possible. They will also be expected to cut layers of fabric layed out on top of each other to make multiple samples. 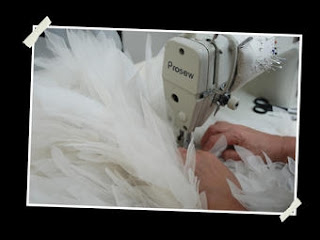 Sample Machinist
The sample machinist turns the 2D pattern in to an actual form. They will first make a mock-up version, or toile as it is known in industry.  The toile is used to mark out any details such as pockets and button holes; it is then assessed by the designer and pattern cutter who will make any adjustment such as the hem length, collar placement, neckline and size before cutting the sample out in cloth. The sample machinest is not like a factory machinist, he/she will be very experienced in what they do and will often have a dress or costume making back ground. 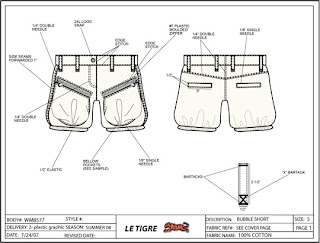 In larger company both the sample machinist and pattern cutter can be issued with a technical drawing called a PWD (production working drawing) usually done by the designer. This is a line drawing done with all seams, pockets and top-stitching etc drawn on (see image left)  and will have technical notes written on it . The ideas is the pattern cutter will follow this drawing to make the pattern so it has to be done accurately as they will copy what they see. The PWD will then be passed on to the sample machinist as it usually has the accompanying samples for the fabric, trims and notions. It will also come with a garment breakdown of how the garment should be assembled. The PWD is also commonly used for full production after the sample has been given the go ahead to be quantity/mass produced. This means the PWD’s have to be very accurate, as not to time and money waste as full production is usually done at another site or overseas.

There are other positions with in a design team, as a label/company grows they will bring in job roles such as a studio manager, costings manager, stylists and PR’s along with in house models and muses, obviously this comes with a cost so small company will try and keep a smaller team as possible with members having multiple roles.
fashion industry sewing industry