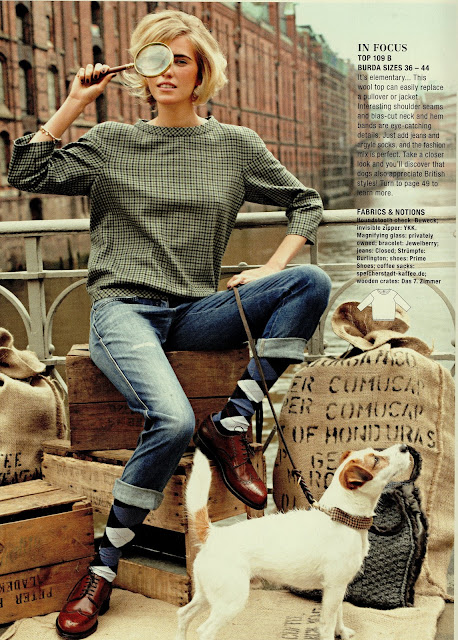 Hurray I've completed my first make of 2012. I opted for something easy but also something I knew I would wear. The top (see image above) was featured in December's burda magazine and was quite the thing. I think it's pattern number 109 style B.

It's a very simple loose fittling top with 3/4 sleeves, perfect for this time of year. The top is suppose to have a zip in the back but I ommited this as I didn't think it needed it.
Rather than make a toile/muslin, I loosely based the sides and shoulders together and tried it on. I decided to take the sides in a touch just to add a little shape to the waist.
I love this top. As an everday wearable item, it does the job nicely. I'm also a fan of 3/4 sleeves so this ticked all the boxes. I made it around two weeks ago and have already worn it a good few times.

I wanted to take a picture of me actually out shopping with it on, but the first time I forgot my camera and then the next two times it was raining. 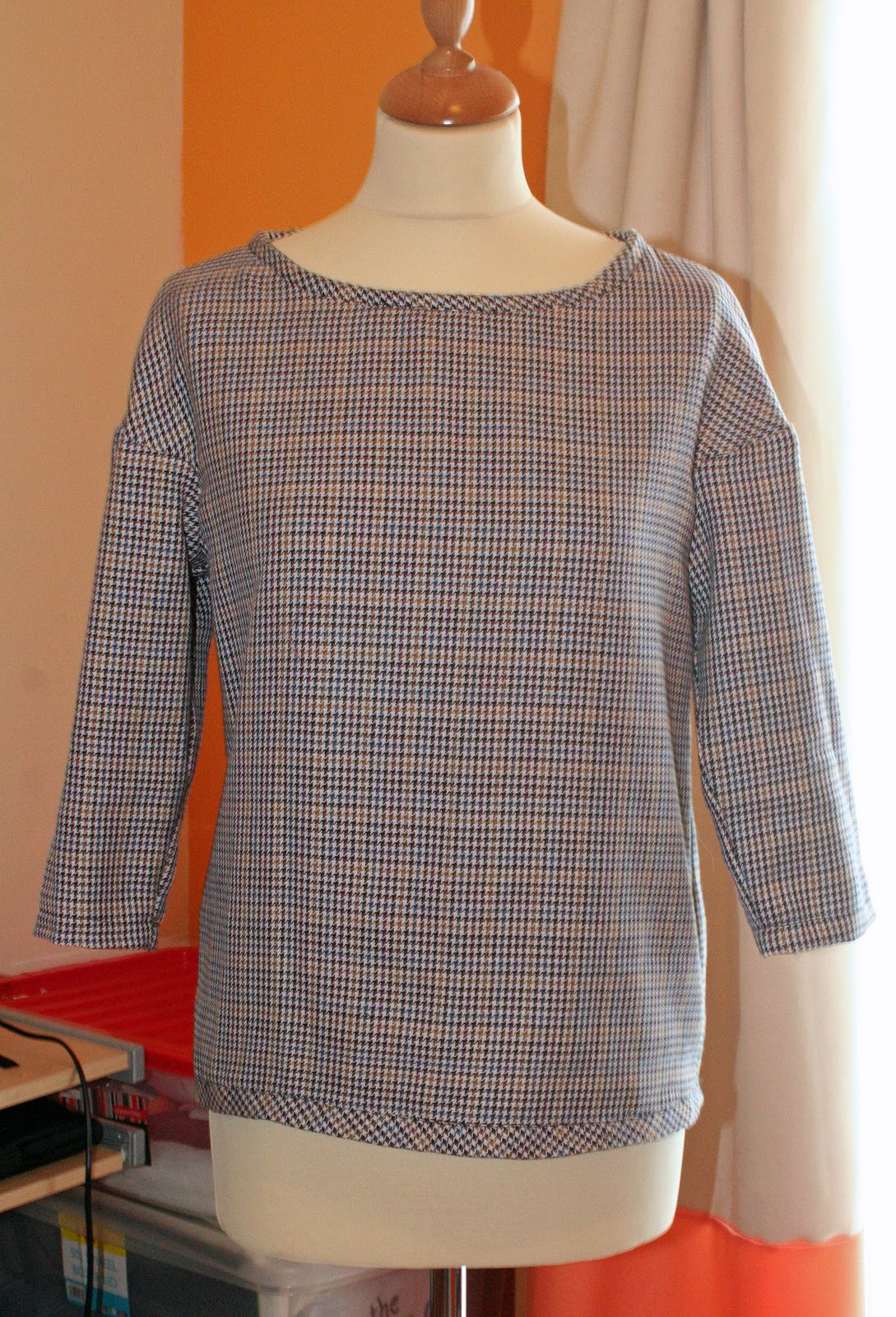 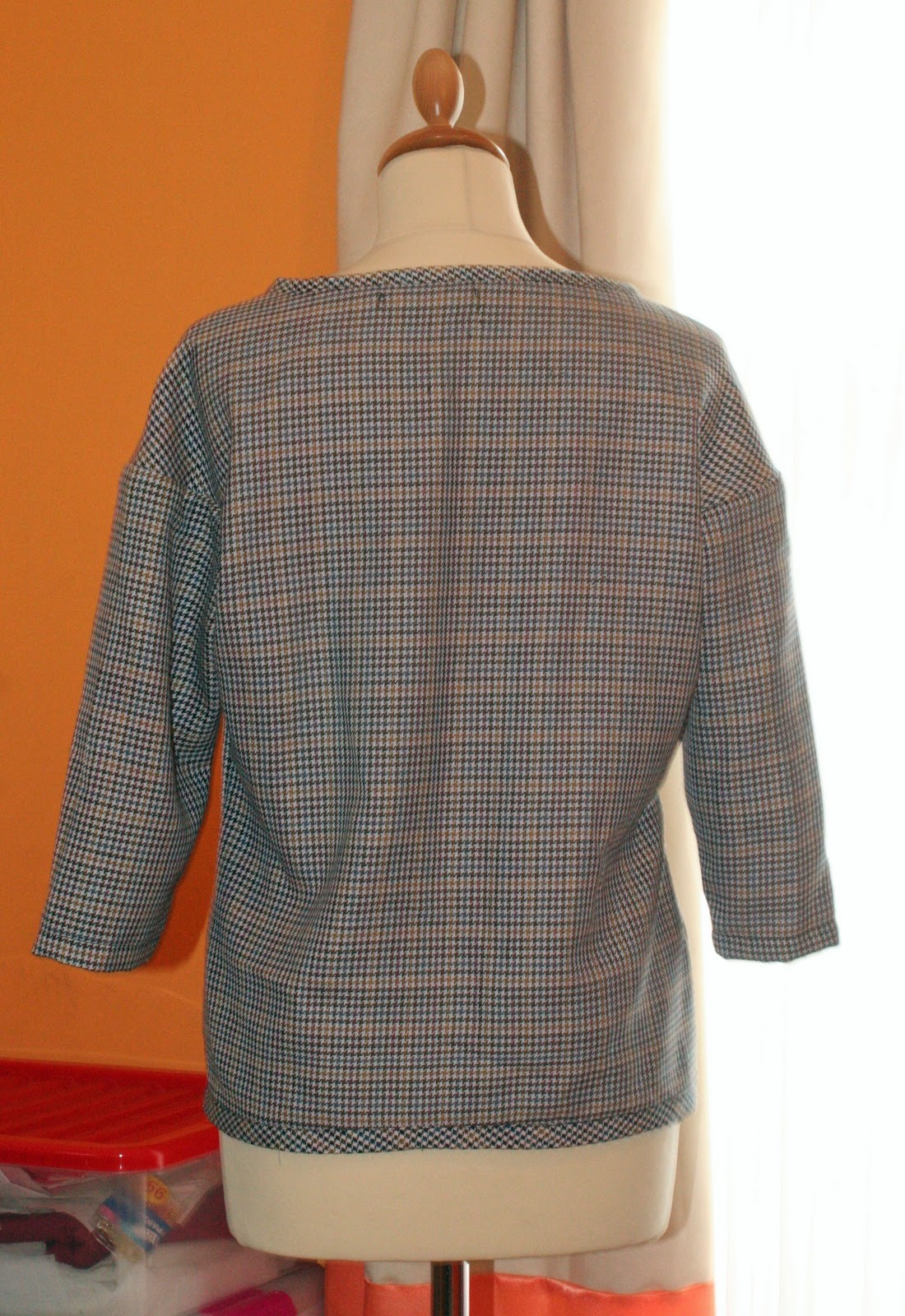 It was a really simple make, in fact the hardest part was tracing the pattern from Burda's mass of coloured lines.  The top featured a doped sleeve with this awkward shaped angle, which was fiddly to put in but once you eased the sleeve in, it was fine. 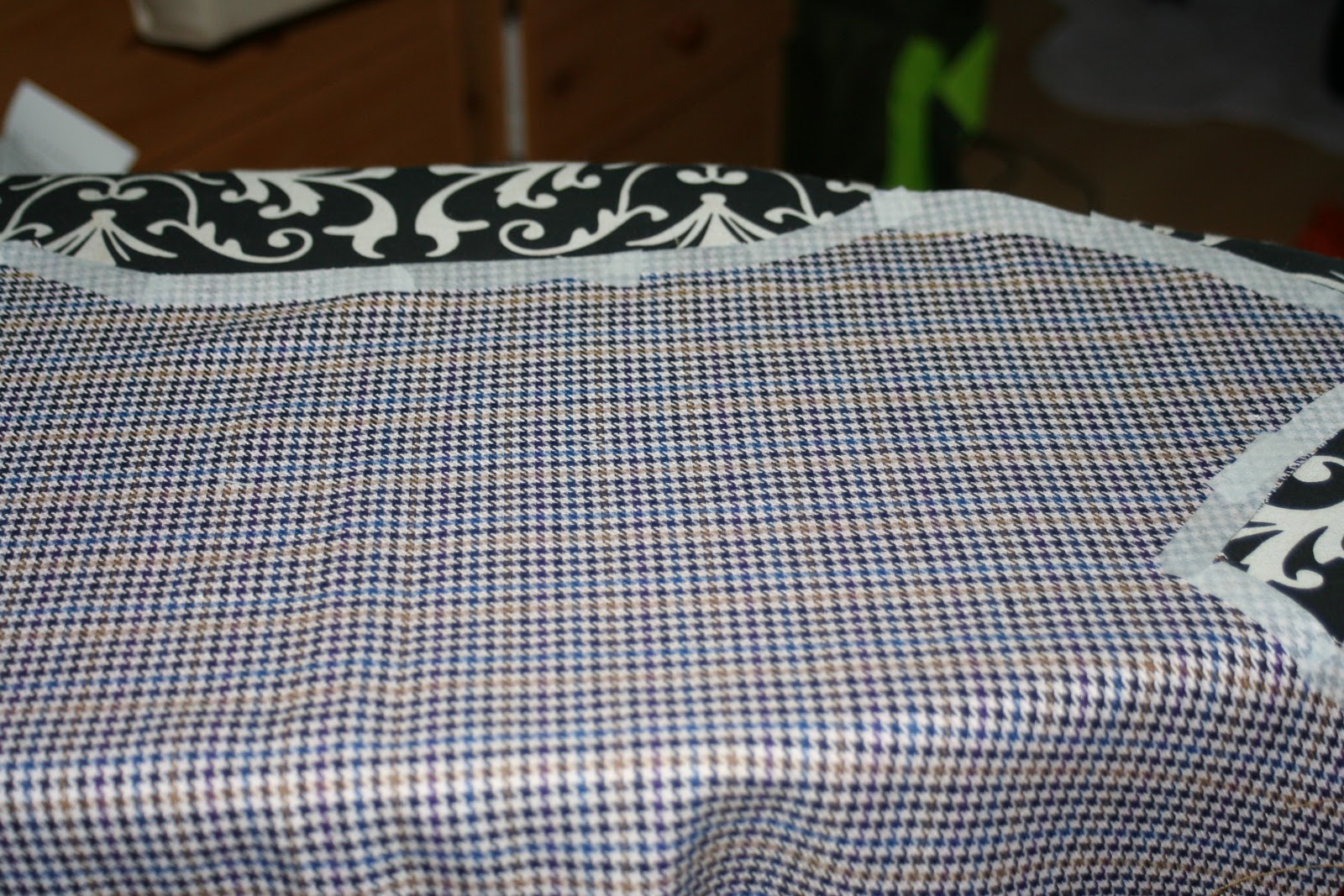 I applied a thin line of interfacing all the way around the edge of the neckline and the sleeve to stop the material from stretching and loosing it's shape as it was stating to frey. The material feels like a thin wool blend with a dog tooth pattern on it. it can be a little harsh on the eyes from far away but does feel very nice. 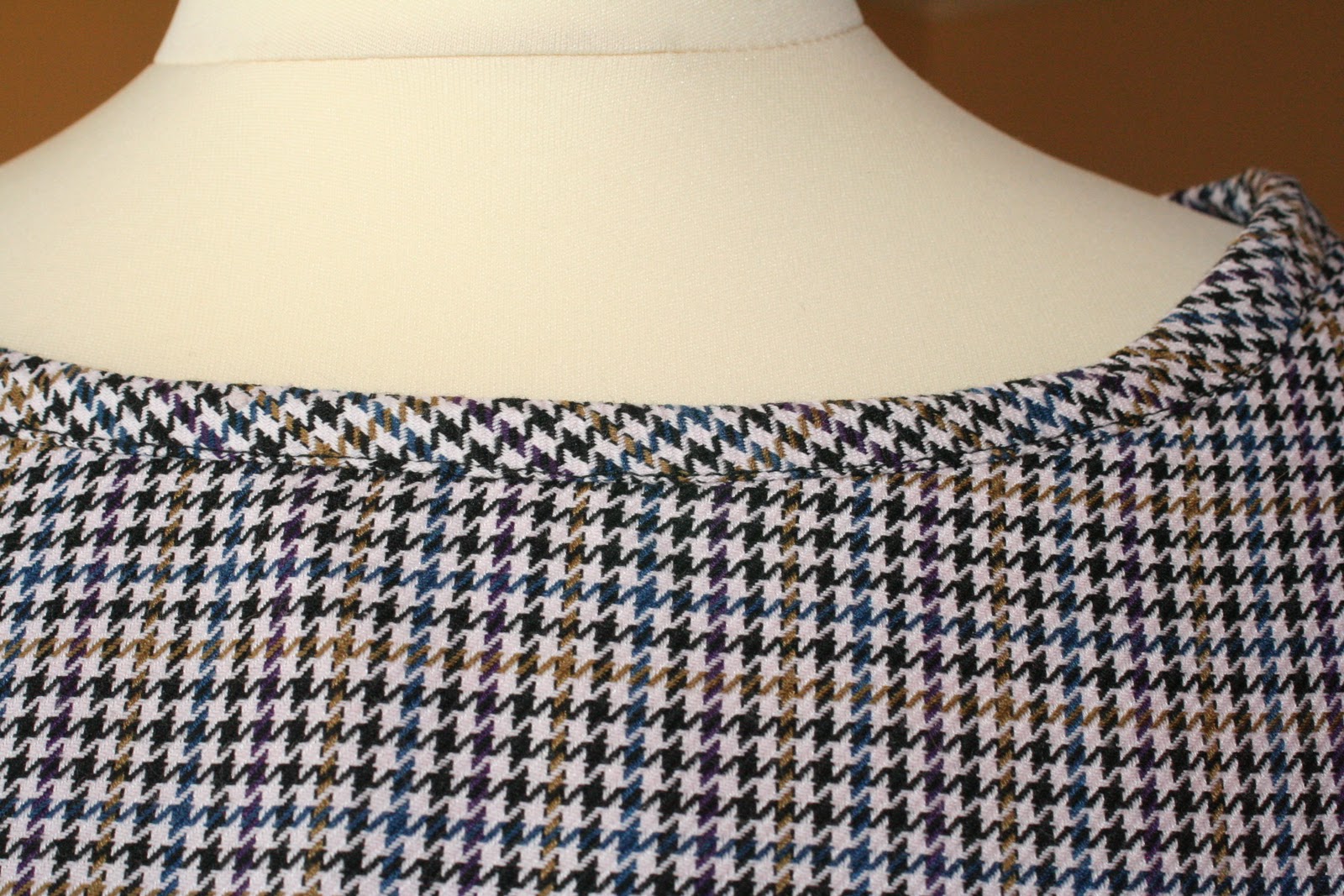 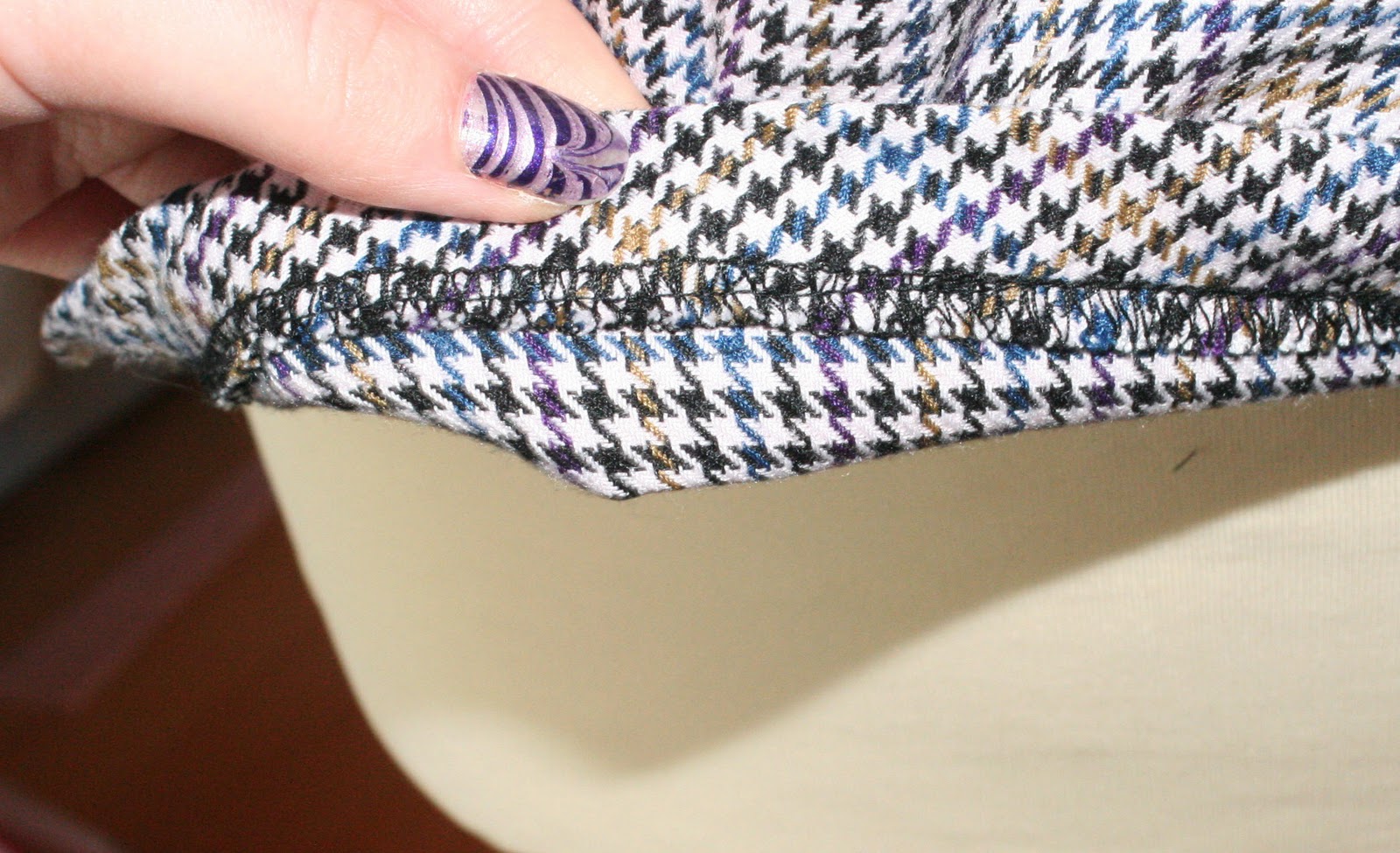 I know burda patterns are synonymous for not adding seam allowance and as this top was loose fitting I only added seam allowance to the shoulders, sleeves and hem which worked out fine.
The banding for the neckline and hem was drafted out separately . Burda gave the exact measurements to conduct this including and finished widths but as I was attaching the band-ings I felt they could of had and an extra 1.5cm so the raw edge could be neatly folded under and top stitched as instructed, but the measurements burda gave meant there wasn't enough material to neatly turn the raw edge under. Instead I over-locked mine before stitching in place.
The banding was also cut on the bias which was my first footsteps into cutting on the bias.

I do love this little top, so I would like to make few more. A slightly longer version in jersey, one with an exposed chunky metal zip and one with more style lines and contrasting colour