Luck and being a runner up!

on April 05, 2012
Sorry for the radio silence over this last week, I really have no idea where the time has gone. I spent most of last week enjoying the unusually warm sunny weather, good job too seen as we now appear to back in the ice age!! (okay, so it's not that bad where I live but it is very cold again!)

Luck seems to be the word round here lately too, having secured myself a job last Monday, on Thursday the same-thing happened to my boyfriend.
Within two hours of his factory closing down and him being officially made redundant he received a phone call telling him he had a new job!! (and boy did we celebrate, I think we still are lol!) This very much overwhelmed the two of us, more so him since he has been to three and yes that three interviews at the same place over the last six weeks  (talk about making their minds up). The truly remarkable thing about his new job, is that it's completely related to his degree, something he'd been trying to achieve since finishing uni four years ago (he'd almost lost confidence in ever getting a job relating to his degree) so 15 interviews later over the course of four years and that degree finally feels worth it, more so as the degree he did  (mechanical engineering to be specific) was done part time over five years, whilst working full time, doing 12 hour shifts!! blimey I don't think I could of done it that way!!

Another stroke of luck is that I came runner up in the style x design challenge. I'm so behind with my emails,checking burda, twitter and the like that I completely forgot about the competition. It's only today whilst going through the burda activity and seeing the style x design challenge: meet the winners (which were announced a month ago by the way) that I seen my own name in the runners up section, sarahfbr. so well done me!! 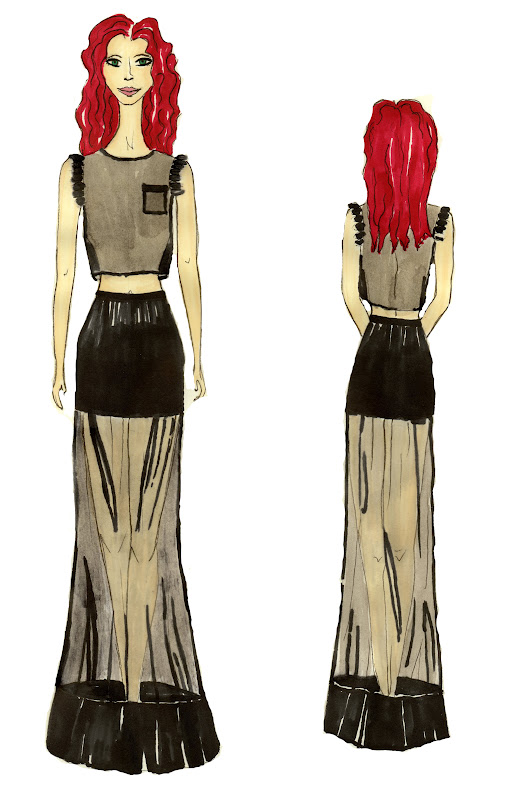 The chosen runner up design.


With all this luck around you don't think I'm greedy do you in saying I'm off to do the Lottery.......