on October 06, 2012
I make no mistake in being a fan of Alexander McQueen, but I must admit since his passing, I watch the McQueen show more closely than ever.
I'm eager to see what Sarah Burton comes up with, and how she creates in his vision. What I am starting to see is that she is putting her own stamp onto McQueen. Burton is taken what she has learned with him and how he created his visions and turning them into her own. Which I think is how he would of wanted her to continue. The label was all about constant change and evolution and she continues this.
To be honest even if Sarah Burton left the McQueen Label, I think she learnt so much from McQueen and was with him for so long that she obviously shared a a desire to create theatrical couture like pieces. I don't think she would be any different if she went her separate way. 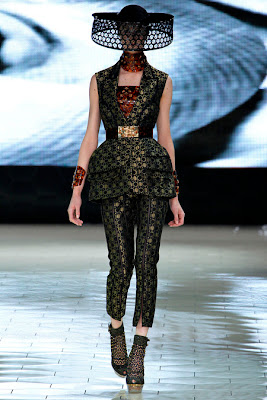 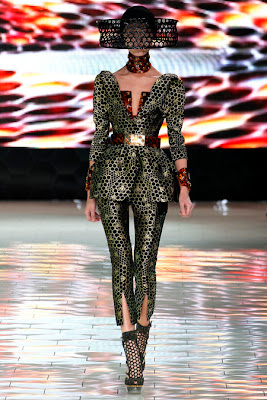 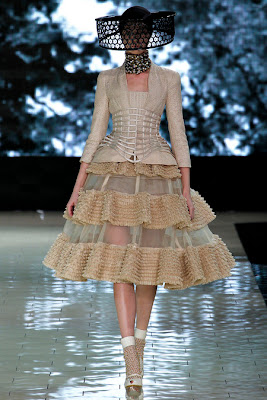 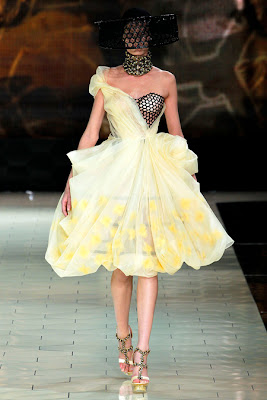 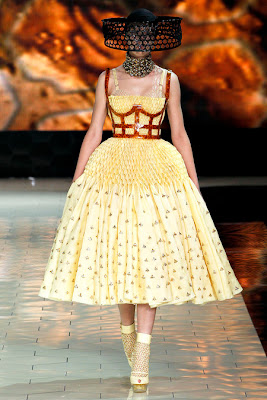 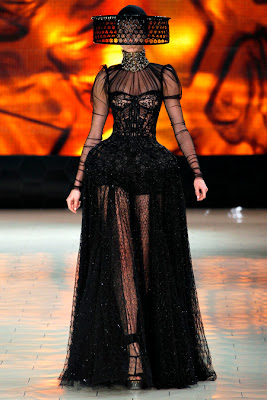 Whilst it's not entirely to my liking there are lots of element that I do like about the clothes. I think the McQueen label is synonymous for creating an outstanding design, having very good form and a good eye for lines, and this once again showed that!

The iffy's
I'm not sure where the tire type hat ensemble came from, bit of a dodgy design that.
The yellow dress with the corset style top was a bit different for McQueen I think it's the smocking that puts me off, but in a strange way it's nice to see it being used in such a way!

The like's
The first two designs are very much McQueen the shaping, the fabric and the peplum, all very well put together but very theatrically McQueen.
The fabric is lovely too I could see fitted jacket out of that the first one. Any one know a back of a lorry I could get a meter or two?? ;)
The last design is my favourite like a lady version of Zorro or equally it would look fab in a wicked or the wizard of Oz musical!!

Images from style.com If you want to see the collection in full then click here.