on October 15, 2012
Sketching is a bit like sewing, there's many ways to do it, but I thought I would share my way with you!

This is the method I've adopted since I was in college, although I can free hand, I find myself almost subconsciously sketching this way.

First tools of the trade... 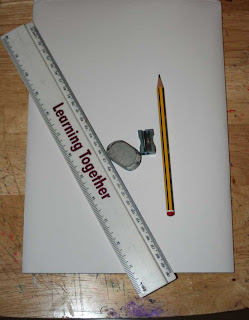 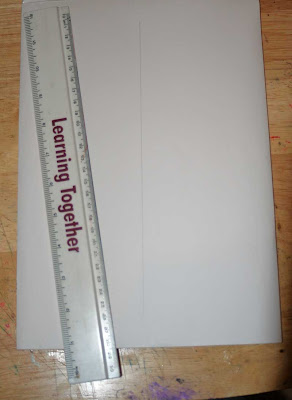 I mostly use A4 size paper, I begin my sketch by drawing a straight line in the middle of the page leaving a small gap at the top and the bottom. 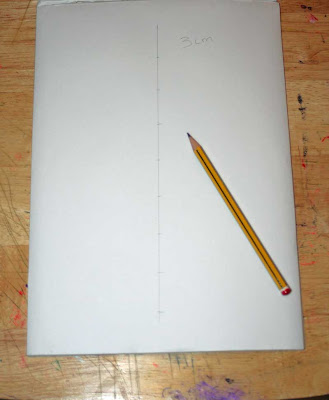 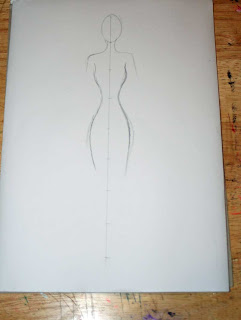 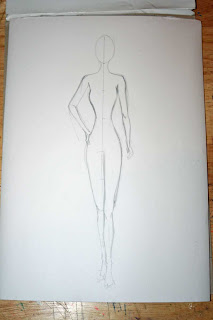 once the dashes are in place you can begin to sketch the outline of the body.
The head, an egg shape, fits between the first two dashes, the third dash should sit in the middle of the chest. The shoulders then lie half between the 2nd and 3rd dash.
The fourth dash is the waist. Fifth is roughly the crotch area. Sixth is the middle of the thigh. Seventh is middle of the calf muscle and the eight is the ankle, the gap below this should be just enough for the feet, hence the eight and half!

Oops,On my sketch the knees, lies just a little lower than the should!!

Once I've done that, I then tweak the figure, perhaps define the waist a little more, round the hips and position the arms, shape the jawline and add hair.

Then the magic can begin, I now have the basic figure to start sketching the clothes on to.

Another trick that I use to do in college and to save time, was to draw a good out line of a figure, maybe one sketch in a basic standing position and then another one a little more posed. I would then stick the paper onto card and cut the figure out to use it as a template. I could then get lots of designs done and not have to worry about proportioning the figure first.

Above is the same figure but with different outfits on to show how adaptable one figure can be. I've left the outline of the body visible to show how I 'dress' the clothes round the body.
All that's left todo is to rub out the body beneath the clothes, and colour the sketch in. 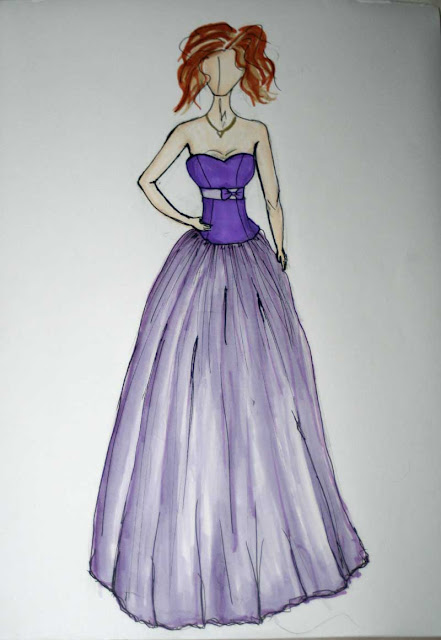 Now some of you sewers/sewists maybe wonder 'why do I need to know this'? well you don't not really, but if your ever stuck on a fabric colour choice or not sure about contrasting colours, panels, piping or trim. Then Sometimes a quick sketch or two with a bit of colour variation can quickly make up your mind.