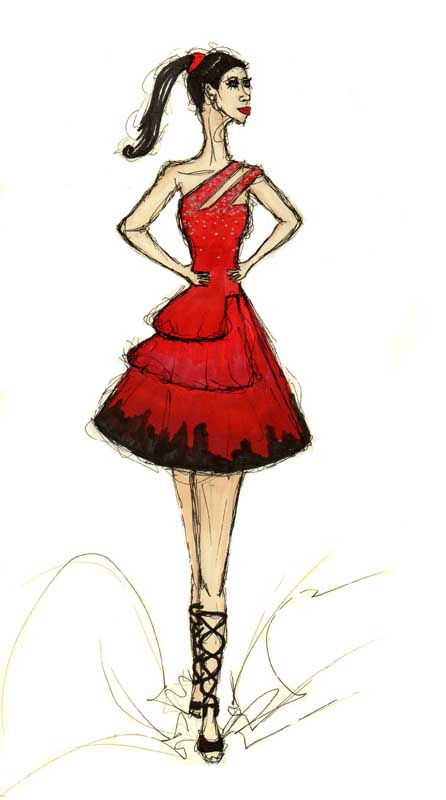 I've been meaning to sketch something couture  for a while, not heavily couture but along those lines.
I was channelling 'devilishly ballerina' for this one. The black detail was originally intended to look like flames but as I made a start on the sketch I could see a city silhouette appearing and I realised I quite liked it. I also added a slight ombre effect on the red of the dress too!

I could see this dress made up out of a silk duchess satin, hand dyed to create the ombre effect and a hand painted city line. The skirt is in three partial layers cut on the bias so it's similar to a circle skirt. Diamanté's in red and clear would adorn the straps and bust area, I would also be tempted to add black diamanté's to the city line too.

Please mind the face on my sketch. Those who have followed my blog for a while will know sketching face's are not my strong point but I do prevail with them.

I'm not done yet either, I'm having a very sketchy week and am half way through my third drawing, I swear I'm either all or nothing, but I won't bog you down with too many sketches in one go, no, I think I will give you a Thurlow update for my next post.