Turning a house into a home

on January 13, 2013
Decorating and painting is well under-way in our new house. With a bit of luck we might be in by the end of the month, according to the boyfriend!! I'm more of the mind set of it being somewhere between the end of January and Easter, not being too specific like!!

I thought I would share with you some photo's of the place we are going to call home. 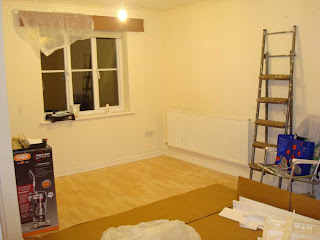 Kitchen.
Probably my favourite room, although it's only a small kitchen area it does have a dinning area attached, which (my favourite part) has sliding patio doors onto the garden!! It's fair to say I can't wait for summer!! 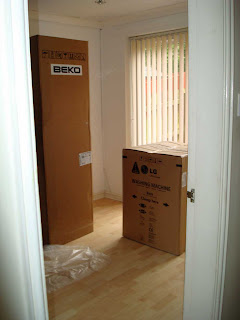 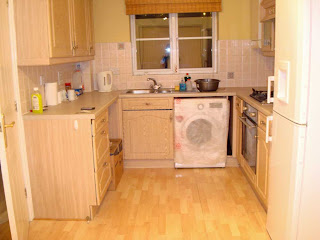 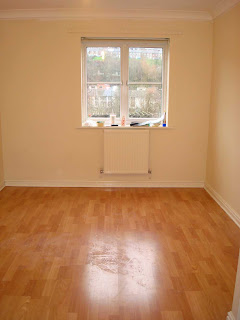 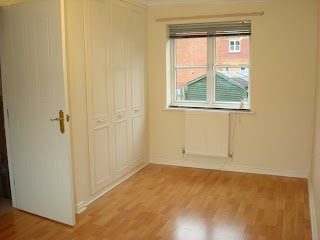 You bet I can't wait to get started on this room, unfortunately it's the only room, not to have wooden flooring, which is a bummer because if anything I would have preferred for this room to have had it, with me being a messy moo and all that! The carpet will be staying a while as we'r trying to keep costs down. 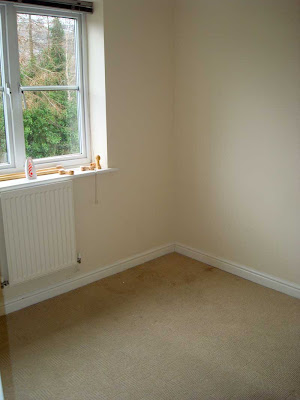 
There is an interesting story to this house, first of all we are really lucky to have had this house, it's fairly new-ish (around 14 years old) and in normal circumstances out of our budget, unfortunately or fortunately for us at least it was a repossessed house. The repossession company wanted it sold so lowed the asking pricing, it effectively came into our budget range at that point. Unknown to our estate agents (the house was under two different estate agents) an offer already had been put in on the property, our offer was £6,000 less than the asking price. It was accepted!! The paper work had to go through quick fire, four weeks and one day later we had the keys in our hand. It went down as only the second ever quickest sale in the history of our estate agents which spans a 30 years plus business.
It doesn't stop there either, we had started looking at houses 18 months before, we'd seen around 8 houses, with nothing grabbing us, then  suddenly my boyfriend's factory announced it would be closing. Our house hunting was put on hold. The very day the factory closed, my boyfriend landed his (more or less) dream job!! Still it was a 6 month settling in period, so again no house hunting in-case his job didn't work out. luckily it did and he was rewarded with a permanent contact.

This is the first house we viewed after his contact was approved, we loved it, and got it!! I don't always know that I believe in fate, but my mother has always said what will be will be! After everything that happened this is very much the case with this house.  I think it was meant to be. 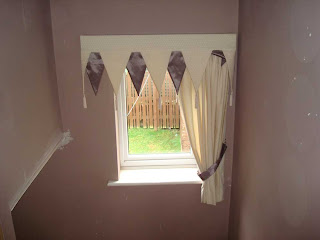 I sometimes seem to be tuned into my sixth sense, or my instinct if you prefer. This is the stair way with this lovely pelmet on the window. Soon as I seen this, something in me flagged. I can't quite explain it but something about it seemed familiar in a strange sort of way. As it turned out, around 8 years ago this house belonged to my mothers friend's daughter. The pelmet was made by the girls aunty, which my mother knew soon as she layed eyes on it, she was like that 'Alison's made that, I'm positive it she did as she made one for Caroline (another of my mothers friends) too.
Alison has made numerous  curtains and blinds for people. I've only ever seen about two pairs of curtains she has made though but she does have a good reputation around where I live. I think the strange feeling I had when I first seen the pelmet was like if my sewing instinct has turned on and I knew who'd made it, but my mind was just to fogged to actually process that part, so it just became a strange feeling!