on February 21, 2013
I took a week off from work at the end of January, with the intention of being productive. And productive I was! Although I must of peaked to early because since then I've done absolutely nowt :( (well I say nowt but really I've been productive in other areas i.e.: Decorating the new house)

One thing that I got round to doing in my week off was using the Sew U Home Stretch Book (this book is still available to buy in  the works book shop for £5.99 but it doesn't appear to available for purchase on-line).

I had planned to make one of the dress's in the Sew U book, but a mistake, which I keep repeating (when will I learn) was that I didn't have enough fabric!! Although secretly I think fate intervened, as I already have a dress in similar fabric (a shop bought one though) and I've been feeling the urge to add a midi skirt to my wardrobe for a few months, with the intention of making one this is what the material became. 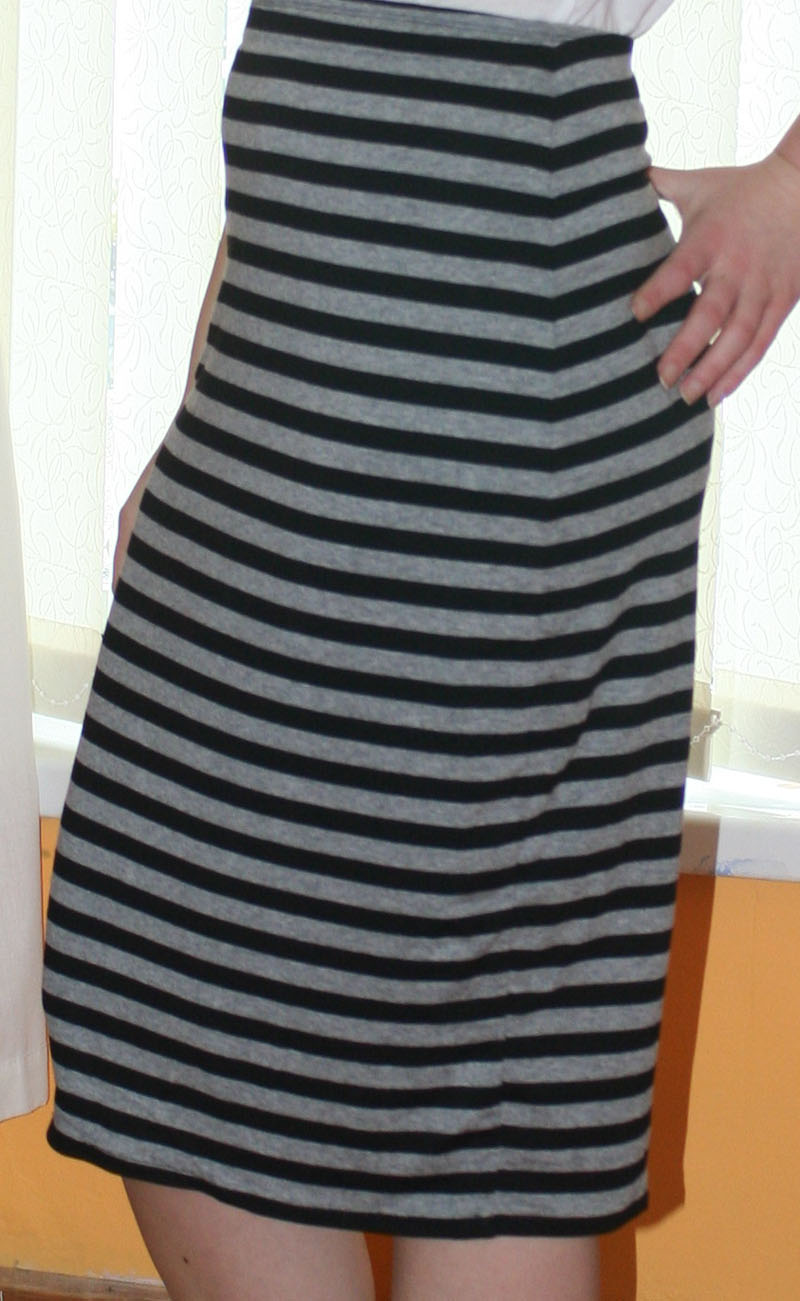 It was super easy to make. I traced the medium skirt block that came with the book. Heightened  the waist by 2cm to make it more high waisted. Then I sewed up the side seams and added 1" wide elastic to the waist. With the elastic I cut the length 2cm smaller than the skirt waist just so it would have a more snug fit. I then stretched it slightly whilst attaching it to the waist. After that I tried the skirt on and pinned the hem exactly where I wanted it to finish. Just below my knee because I'm a little shorty and any longer I felt it would make my legs look even shorter than they are, Oh the joys of being short :P!!!

One thing I might add, see that jacket, well you might be interested to know that it's quite unusual in the sense that the outer material is thin cotton fabric, but the inside of the jacket is actually interlined! And if that's not strange enough the interlined material is non other than denim!! making the jacket very heavy indeed but warm also!! Perhaps I should do a detailed post on it with images what do you think?