on March 05, 2013
I believe the Sew for Victory is the first sew-along I've joined in with. There have been plenty others that I've wanted to do, but for one reason or another haven't So I'm pretty sure this is the first :)

I will be upfront with you. I won't be sewing a complete replica of a 1940's- It's not that I don't want to. In fact I would love to, but I'm being strict with myself and focusing on the 'make do and mend' ethos and sewing with what I've already got.

Fabric in the 1940's:
I've brushed up on my research (I did a fashion history project once) and I believe that common fabrics for the U.K in the 1940's included: linen, cotton  rayon, viscous and nylon. Silk is another fabric used but firstly to make parachutes before being turned into under-garment when the parachute could no longer be used. 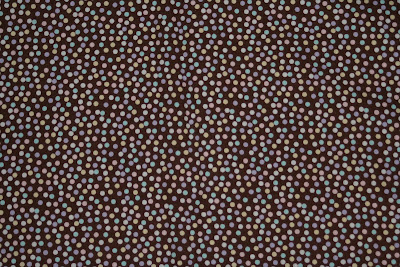 My fabric:
I've chosen this poly-cotton multi-coloured dot from my stash. It's a nod to the 1940's with the polka dots's even though they are coloured instead of white. The background colour is brown so that's another nod and the fact that it's poly-cotton  although not a common fabric in the 40's does come under the polyester fibre band of materials that were around at the time.

The pattern:
I've decided to go the shortest route and choose an existing pattern instead of drafting my own. so keeping true to the loose wide leg trouser of the 1940's I've chosen a similar style out of a past Burda magazine. 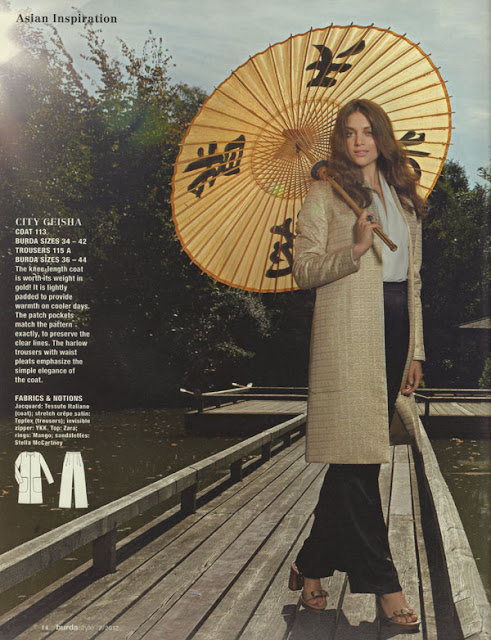 Authenticity:
I do believe that buttons, creases, pleats and turn-ups were all popular details found on trousers in the 1940's like wise so was side zips, but front zips were just as popular too!

Seam finishes:
flat felled seams were flavour of the day especially for home sewing. I've decided that although having elastic in the back of the waist wasn't really 1940's I would use flat felled seams to try and win some of my brownie points back.

I'm excited now. Hopefully I will start to cut the material on Thursday and who knows if I'm in a really patient mood I may even baste my trousers first to check fit ;)

Are you taking part in sew for victory/ what are you making? If not what type of garment would you like to sew from the 1940's?