on December 20, 2013
This year seems to have flown by, for every year I get older I swear time speeds up. This year has also really been a bit of a roller coaster, but in a good way!

House:
This year we moved into our first home together, and I've loved turning it from a house into a home, (even though I don't want to see a paint brush ever again) but we still have a little way to go! right now we are both looking forward to our first Christmas together in our home and the January sales where hopefully we can finish furnishing the house. I'm such a sale queen!

Sewing:
Having the house to do up has really put a dampener on sewing time, now the house is nearly done sewing momentum is picking up again. Although I'm trying my best to still shop my stash whilst also making things that is in my style.

Alterations:
It's not something I mention a lot on hear, all though I am think of doing a few alterations post showing how I do them. I've been doing alterations for about three years now mainly for family and friends. since I've had the house I seem to be doing them even more, I think word has got out I've got a sewing room! Alterations also eats into sewing time too, but it all helps to going towards my big dream of having my own business. popular things to alter this year have been jeans, trousers and voile curtains.

Work:
My current daily chore also known as work, is not really floating my boat. I always wanted to work in a craft shop and in part it's a lovely job there's no major pressure and it's a very friendly relaxed environment however without going in to specifics there are a few things shall we say 'not right' and it's these things that makes me feel like I don't want to be there, but it's work so i shan't complain too much ;)

Doggy:
One downside was my bestest buddy past away, my lovely ruby coloured cavalier spaniel called Elle. Although she was 13 and had been unwell for some time, it was still a shock!
I had her when I was 12 so she came all the way through my teens and into my mid twenty, in away it was like an end of an era.I really do miss her, but old age wasn't being kind to her either. On the upside I've always had a dog and I'm now working on my boyfriend for us to have one, he isn't fussed as he's a cat person, so I can feel a compromise coming on......

2013 years hopes:
Were well and truly sabotaged by the house no less!!
this is what I 'hoped' to do at the beginning of the year

..... I would love to make more dress's in 2013.
Do more sewing in general.
Home furnishings. I'm hoping to  make my own cushions, curtains and other homely things for our new house. Also expect a lot of design/sewing room photo's inspiration, clean outs and re-organisation posts.
Give-aways- hopefully the first one will be in January :)
Drawings, sketches and illustrations and making a mess on a piece of paper.
and in-general ramblings of not have enough time to make all the things I want to make!

-Not a lot was achieved, I did some sewing with jersey but the rest is still on the back burner.
-Dress wise, only one and that was a kaftan inspired one, I'm currently working on the bombshell one though!
-I did a a bit of home sewing, mostly shortening curtains, making tie backs and two scatter cushions.
-Drawings have recently seen a splurge so that's a tick off the list
-The give a way didn't happen :( The things I had put to one side got packed up whilst I was moving and I'm yet to find them, it's even possible they are still in a box up my parents house. 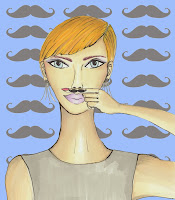 Things I did achieve:
- I took part in my first sew a long, 'sew for victory' and was very pleased with what I made. I didn't tick off the sew a vintage pattern but I did sew vintage inspired trousers.
- Stash busted.  nearly everything I've made this year has been from my stash which has helped to make a size-able dent I've also bought very little fabric too and instead I'm working on only buying what I need for the project at hand.
- a big achievement for me was taking part in my first me-made-may, it was an eye opener but I'm very proud that I did this and it certainly showed me that I make too many things for myself that isn't in my style.

Sobetto - first make of the year. Terrible really, wrong material and wrong size.
Striped knitted top- loved the fabric design but really poor quality and itch
Jersey Midi Skirt - I wore this quite a lot during the summer, it needs a few tweets though
Sew for Victory- pleased with my trousers but they need shortening, I haven't worn them though.
the easy kaftan blouse  I love the material but I think it should have been longer.
rasberry ripple top - I wore this to death, I think I should make more for the summer.
Animal Print Kaftan dress  this is my favourite make but I'm yet to wear it :(
Self drafted Leggings these were funky, a few fitting glitches but other-wise I nailed them.
burda pleated skirt - a happy accident of sort which is my second favourite make of the year
Hand printed scarf - super easy and I loved printing it.

That's my year in review here's to next year!!