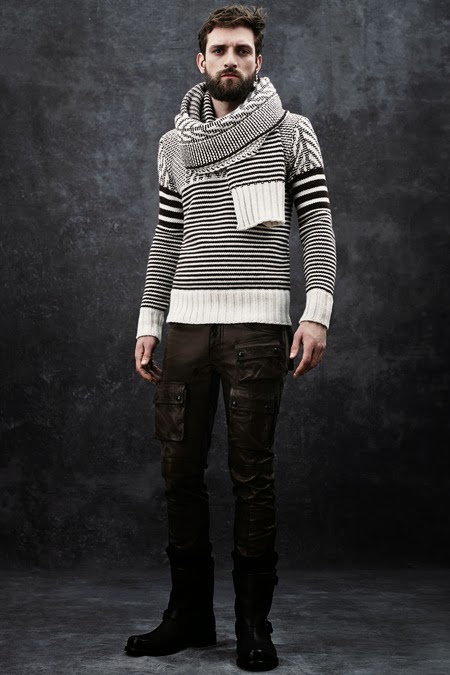 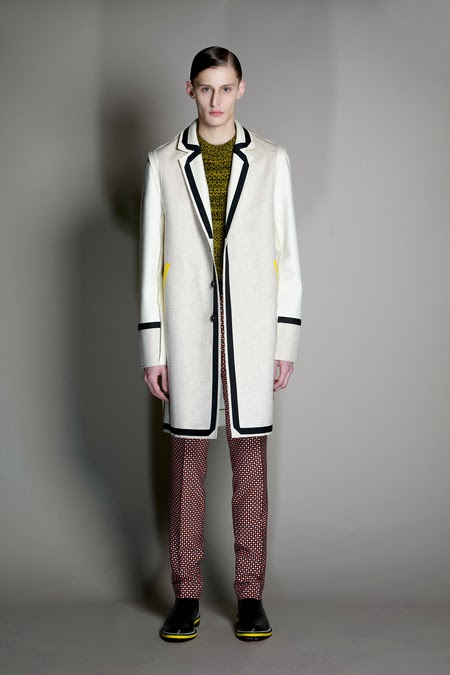 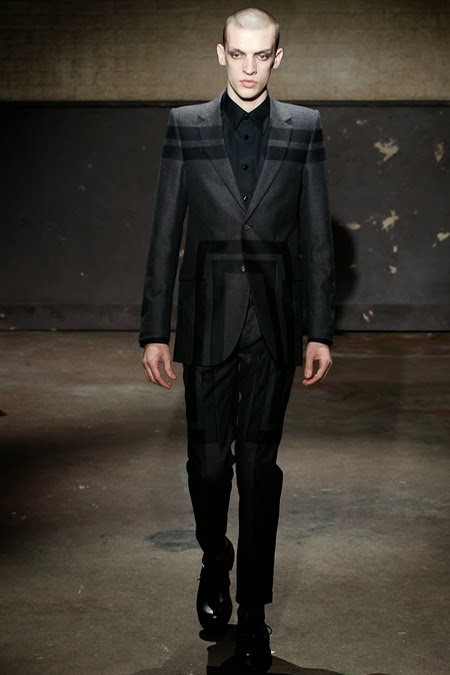 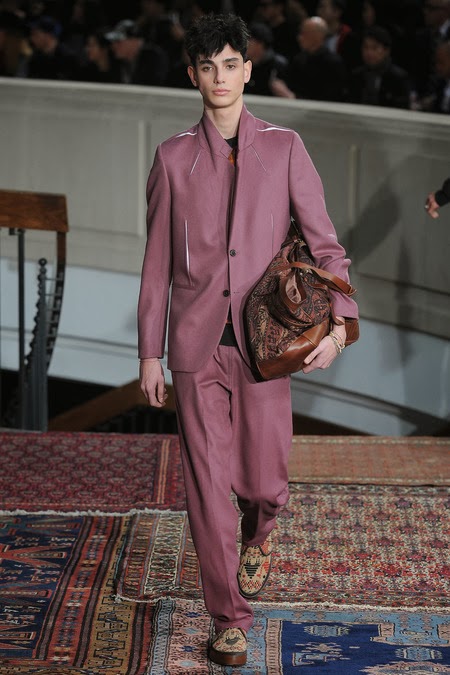 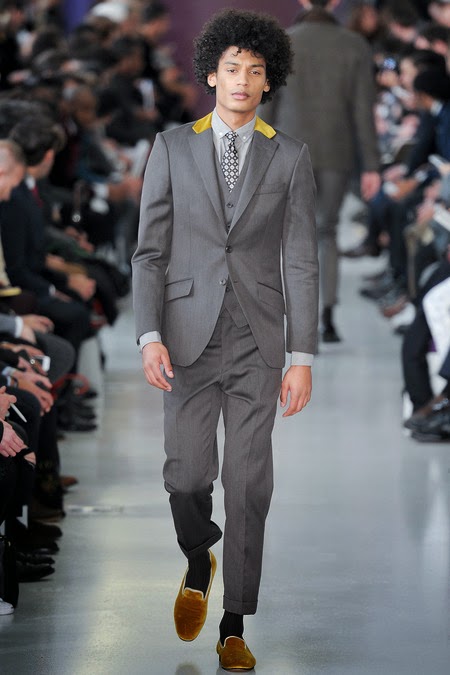 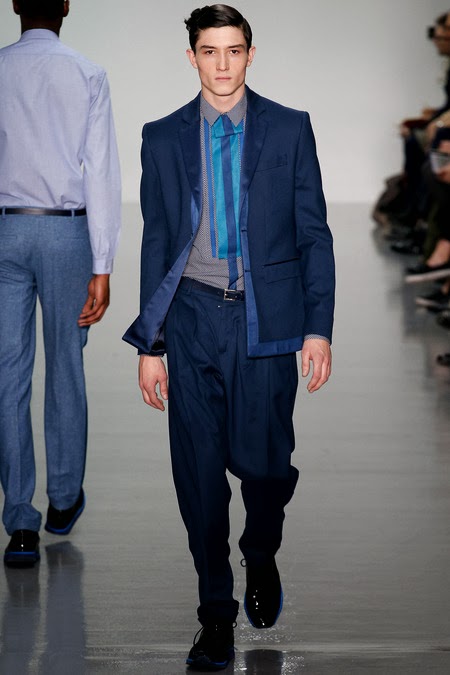 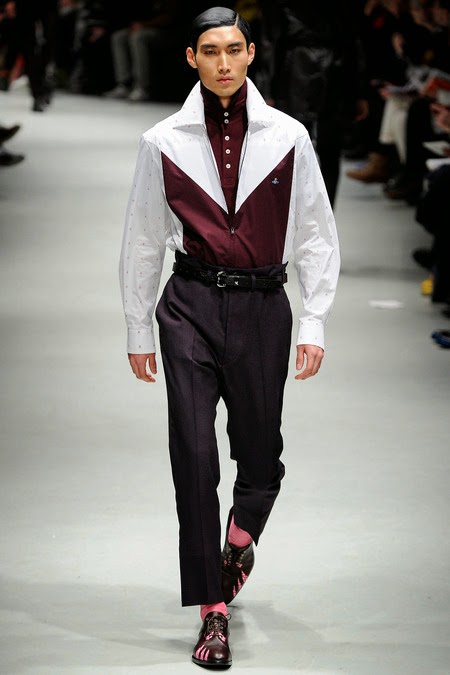 They say inspiration is everywhere, and of course my love of fashion doesn't extend just to women's wear! I can often be found wandering round men's wear departments looking at they way clothes have been cut and the styles being perceived. In fact, I think men's clothes in terms of design is still largely unexplored but that's another topic in itself.

It was the suits in particular which caught my eye, probably because I'm quite keen on the idea of making myself a tailored jacket, and would it sound crazy if I said I wanted matching trousers a la this previous post! I hope not?! 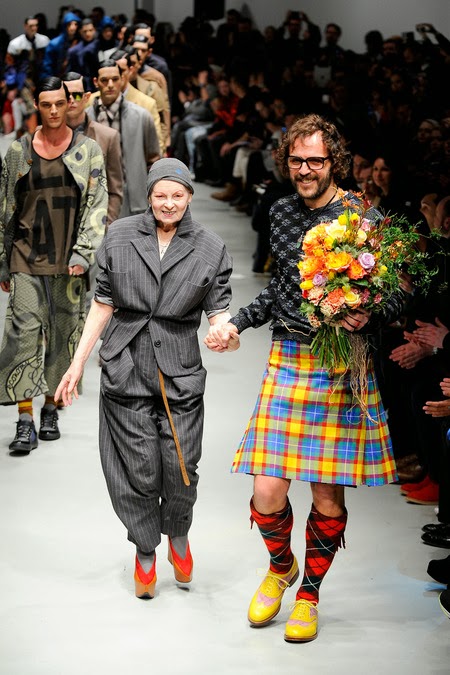 Also I had to include this image of Vivienne Westwood herself, rocking an oversized suit, (probably a men's one) which I think she looks very stylish in even if a little over baggy but those shoes and hat definitely finish it off. Now where does my boyfriend keep his wool suit......

All images from style.com