I've been hoping to take part in the mad men challenge since it was first started. Finally on the third attempt I've got round to it, so I'm feeling super happy with myself right now :) 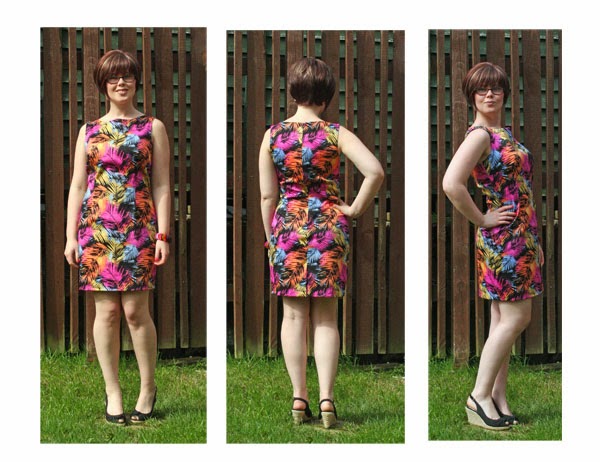 I decided to make a dress which was ' inspired' by the mad men show. The pattern on my fabric is probably a bit vivid and not exactly 60's, but I loved the fabric and thought what the hell! I'd like to think I kept to the 60's theme with the pattern though and in creating a similar style to what Betty Draper wears, I choose a wiggle dress. The pattern has bust and waist darts, a center back seam and a vent. It was a freebie from sew magazine a while back called the Tiffany dress (an in house pattern design,  issue 16. October 2010). 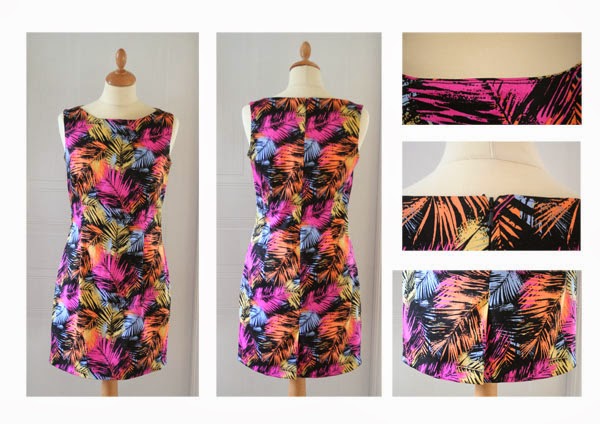 I didn't toile the pattern but I  measure the pattern comparing with my own measurements, to get a good fit. It sewed up quickly but the down side was gaping at the front and back neckline. I tried to fix this as best I could by adjusting the shoulders and back center seam and also by lowered the front neckline. This all helped but it didn't get rid of the problem completely!
Not one for blaming my tools but I have had fitting issues before with in house patterns from sew magazine, so I think it's more poor pattern drafting rather than body ones, if you get my drift?! 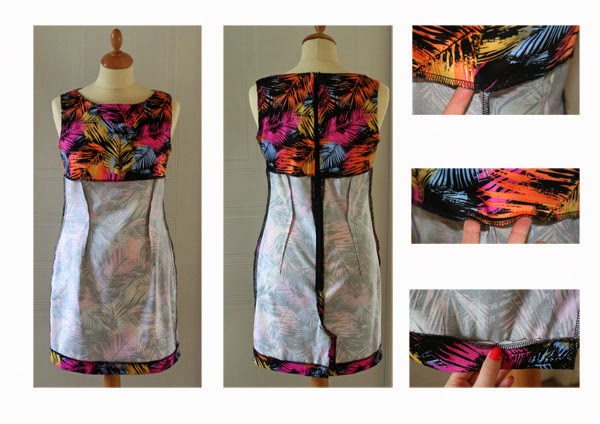 This dress called for lining but I decided to do a facing it instead. I under stitched along the neckline and armholes and turned the facing through to the right side at the shoulders.
I also choose to hand stitched the hem.

Facing tips: When I do a facing on a garment that asks for lining. I trace around the original pattern where I want the facing to be. In this case it was around the top half of the dress to just under the bust, transferring any darts or parts of darts in the process. Then instead of sewing the darts in the facing which would create bulk, I fold them out of the paper pattern taping them in place this creates a facing with the right shaping but no added bulk. With the darts folded out of the paper it can make the paper pattern bumpy around the dart point, but I try to press it as flat as i can when cutting it out on the fabric.

Another tip with facings is once they are sewn-in I like to anchor them in place by hand stitching it in a few areas, usually at the side seams and if it's partially covering darts I place a few stitches on these areas too which all help to keep the facing from moving around or rising up.

Tech info:
Pattern: Tiffany dress from sew magazine
Fabric: Stretch Cotton sateen
Size: U.K 12
Time to complete: around 6 hours
Adjustments: I created facings instead of lining and shortened the dress by 6cm. I did have to alter the shoulders and lower the neckline due to gaping.
Make again: Yep!! I love the style and fit 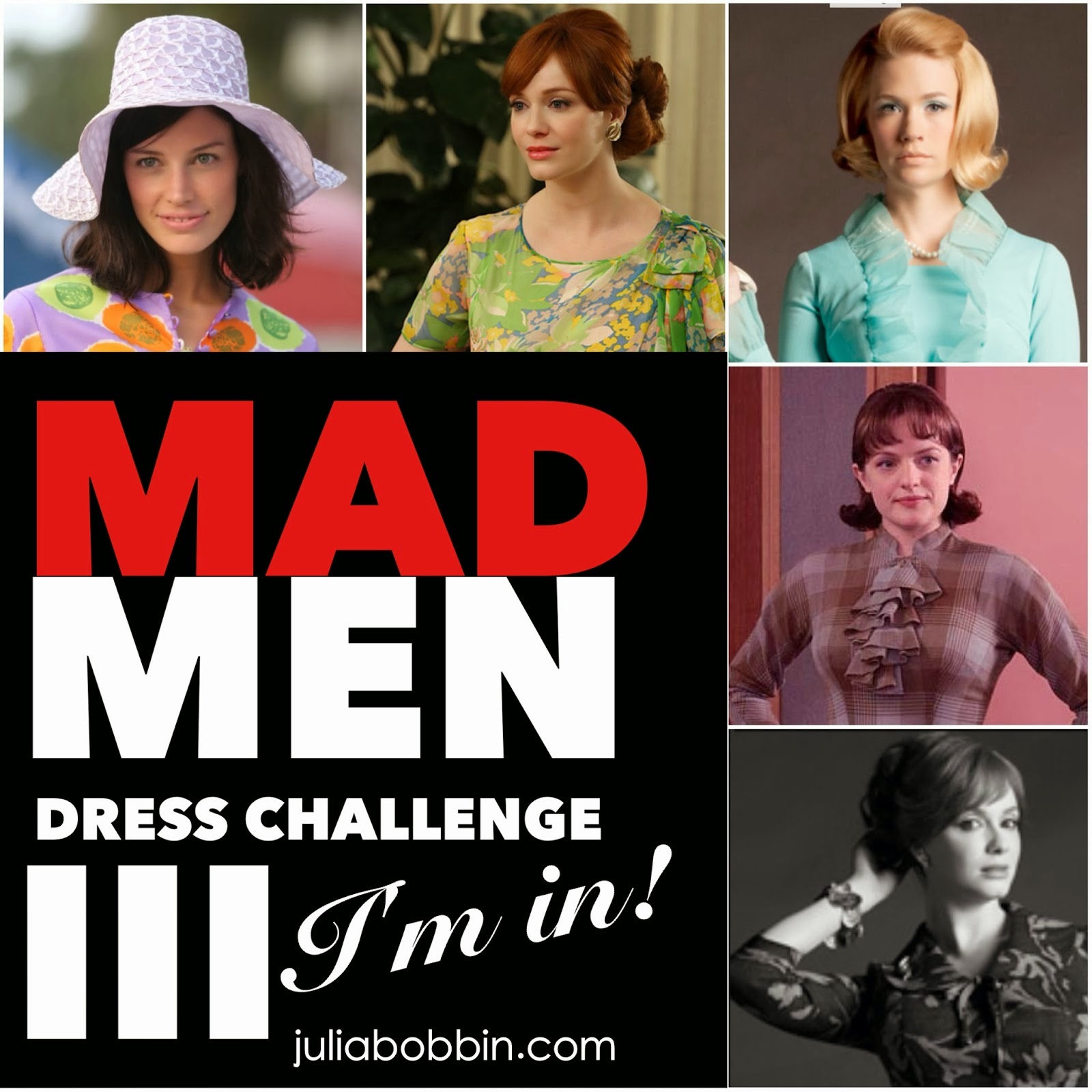