on June 16, 2014
One of my aims for this year is to venture into sewing underwear. I decided to take it easy and choose a pattern from an old issue of burda style (01/2012), where the bra is basically a bra-let but the knickers where high waisted with a side zip.

The blurb:
I knew I would encounter fitting problems so these are more of a wearable toile using letft over fabric from a previous project. Instead of layering the stretch satin fabric with tulle as per the instructions. I mixed the fabric up for a saucier set of undies, using stretch satin on the front but black power mesh for the back.  I also omitted the bra straps.


The knickers:
I've sewing knickers once before and I've been meaning to have another go for some time. Despite hesitating about the zip, which as it turns out is no trouble at all. I was pleased how these turned out, especially when they fit. 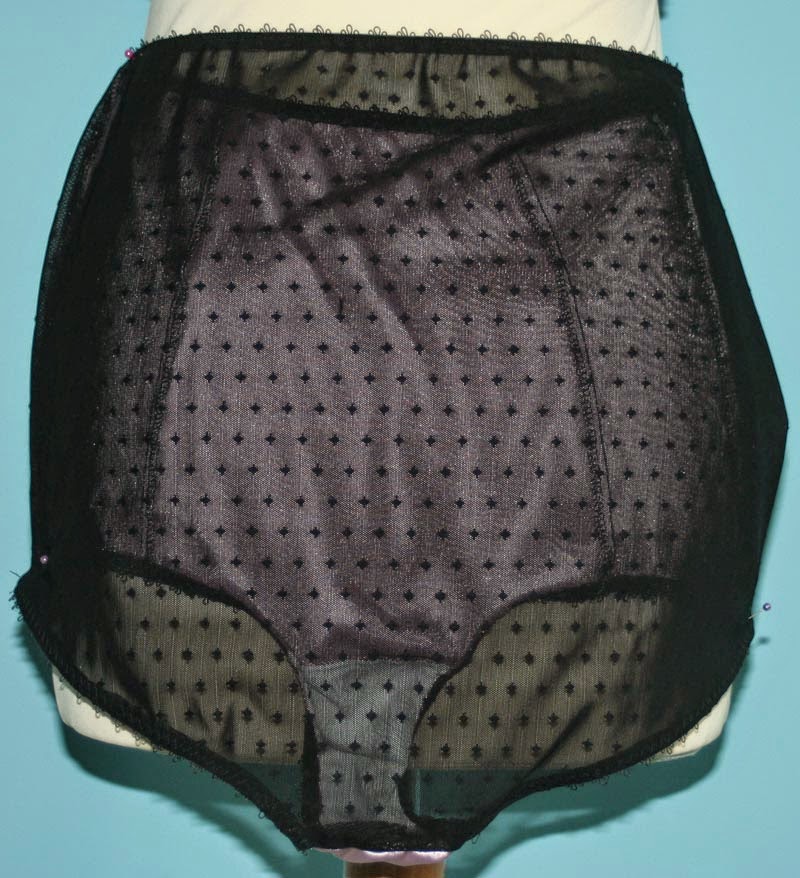 The only down-side to these is that it's a bit too high waisted but that's down to me being short-waisted so a little pattern adjustment should correct that.

The bra-let:
I had a feeling I might be disappointed  about the bra. I knew it wouldn't give me the lift I like which is fine but my main bug-bear is that I'd like a little extra thickness, either through lining or even some light weight padding. 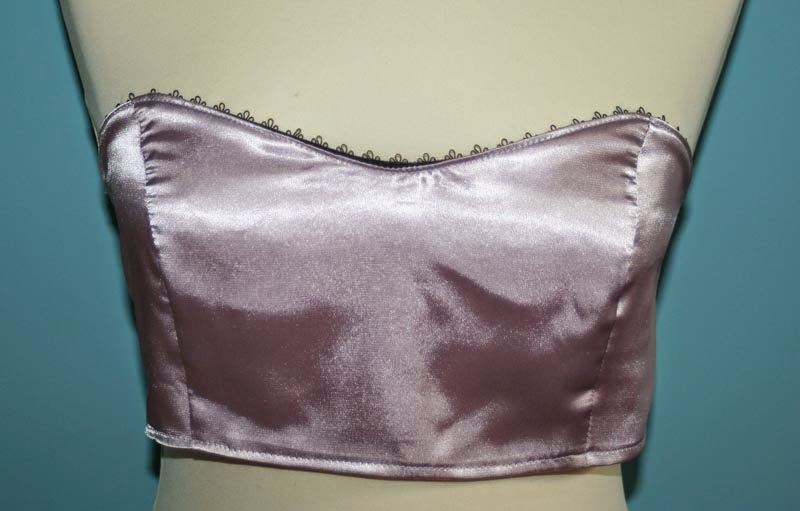 While the bra fit in the front is fine. The back is too loose even after removing 1.5cm it feels like it needs another 1cm taken off. For the fastening I was instructed to use hook and eye tape, this is a first for me and although it requires concentration it didn't sewing in too badly. using stretch elastic with scalloped edging is another first. It's wonky on the bra, but I seemed to have cracked it by the time I came to sew the pant's :)

It's safe to say that this bout of underwear making has definitely whetted my appetite, although it might be a little while before I attempt making a proper bra!


I also had a blow-out. Very hot irons and synthetics really do not mix...... patients as they say.... 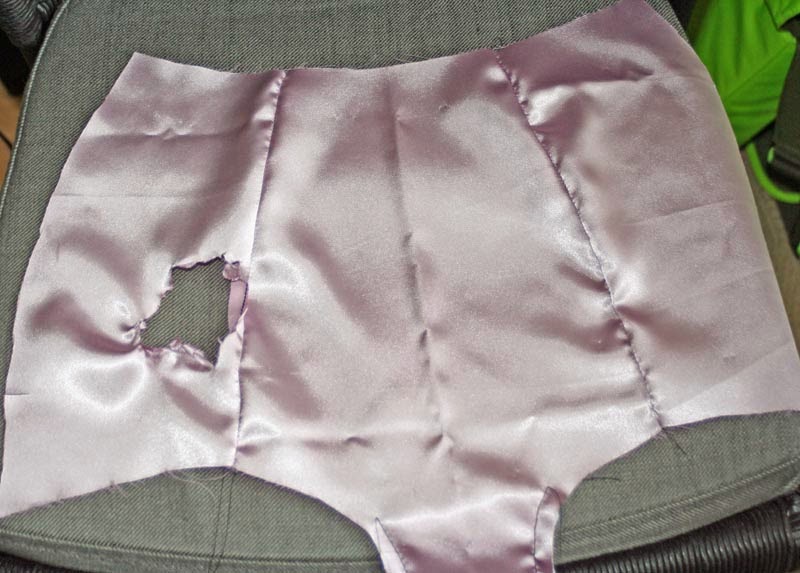 luckily I hadn't attached the back of the knickers so minimal unpicking was required.