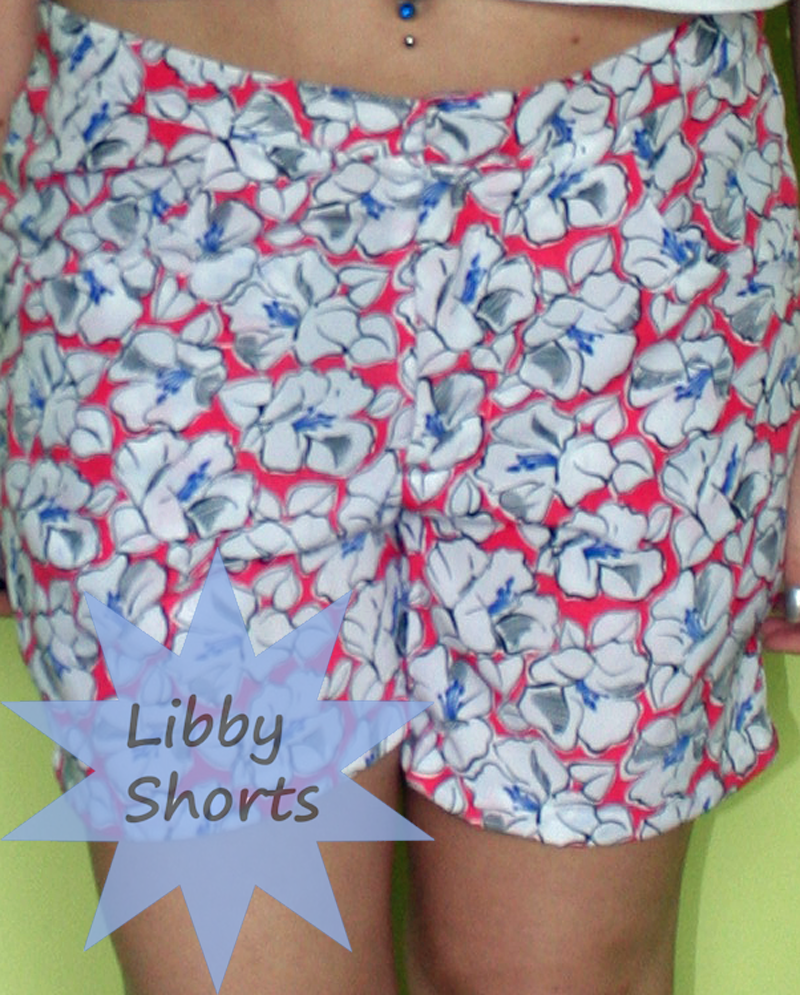 I'm not completely mad, honest! I do know it's winter, and I have made a pair of shorts (but it's summer somewhere in the world right?) It might sound better if I say I started these back in the summer but have only recently finished them (I'm on a mission to finish my ufo's by Christmas). 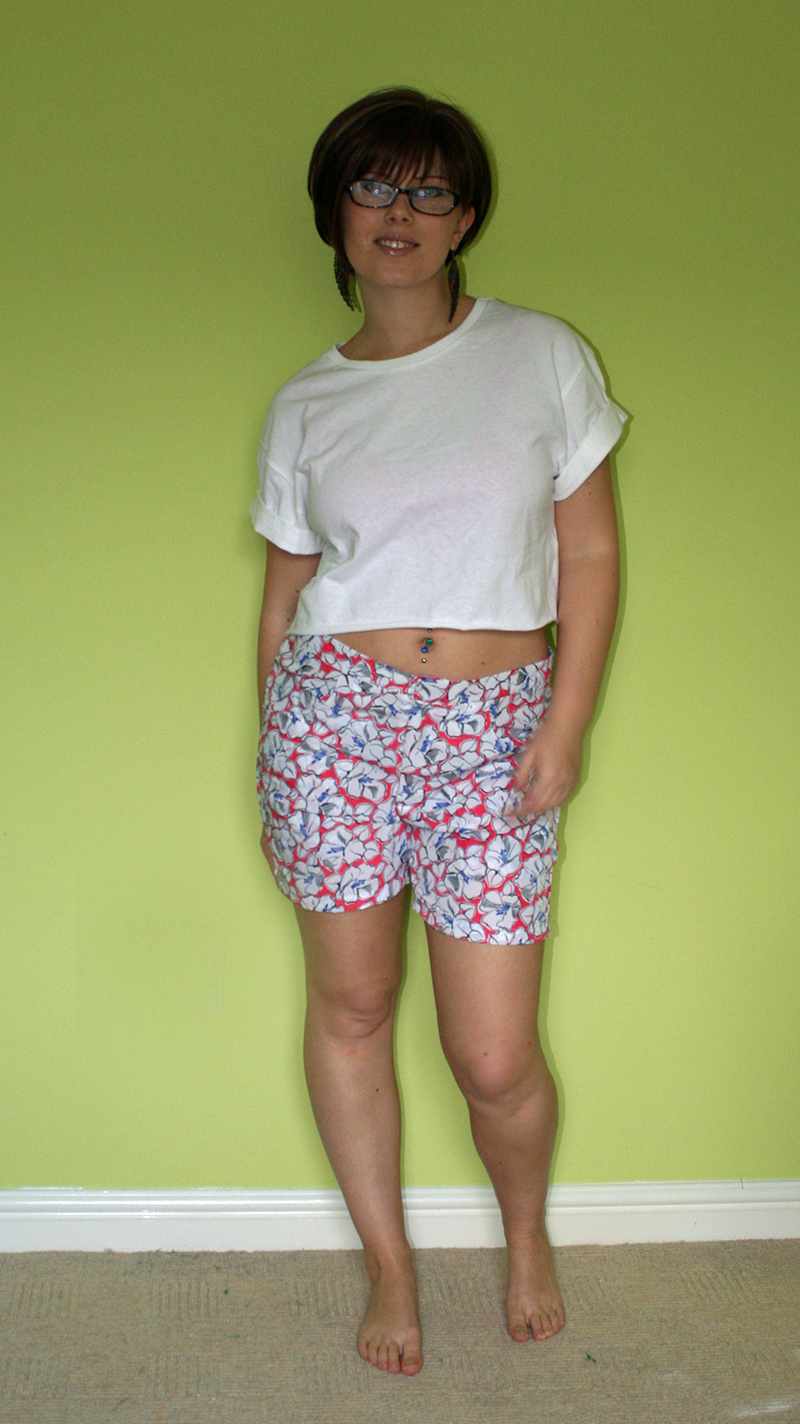 There's not a huge amount to say about these. The pattern is self drafted and is the same one I used to make these shorts. I didn't include the back pockets this time round and added an extra 1.5cm to the side seams to give some extra room.
As I've made the shorts twice now, I've decided to christen the pattern with the name 'Libby shorts'. Fabric wise I up cycled a charity shop skirt that I bough in spain. I lost the original pictures of the skirt, but it was uber pleated and about midi in terms of length. I'm pretty much certain it's polyester, it's as light as anything though and hardly wrinkles (win win for holiday shorts). After unpicking the pleats and giving the fabric a good wash and iron I could just about squeeze a pair of shorts out of the it. 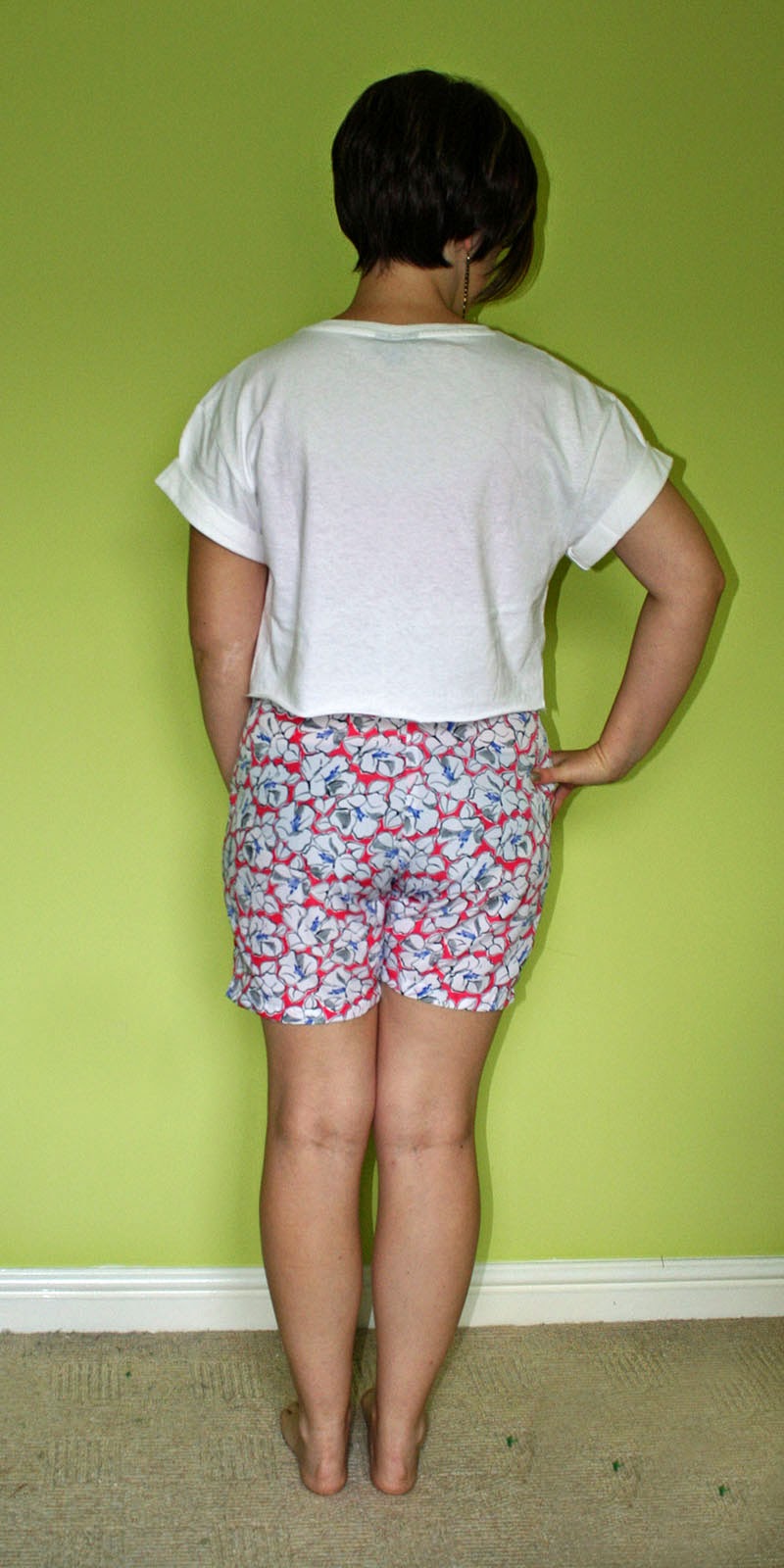 The only down side was instead of facing the waist band I folded it in half which has left it too narrow for belt loops.

Seen as I was donning a pair of shorts and a cropped t-shirt on what was the first morning that we had a proper frost, I thought it was only right I went the full nine yards and popped my sunnies and headed to the beach ( I wish!) Actually popping on the sunnies did make me feel somewhat summer-y now if only I could go somewhere hot.