on May 01, 2015
There's not much to say about this project, other than it's a self-drafted pattern. The fabric I received as a freebie (a lady downsizing her stash). It was crying out to be some sort of scarf design and thus the drape waistcoat was born. 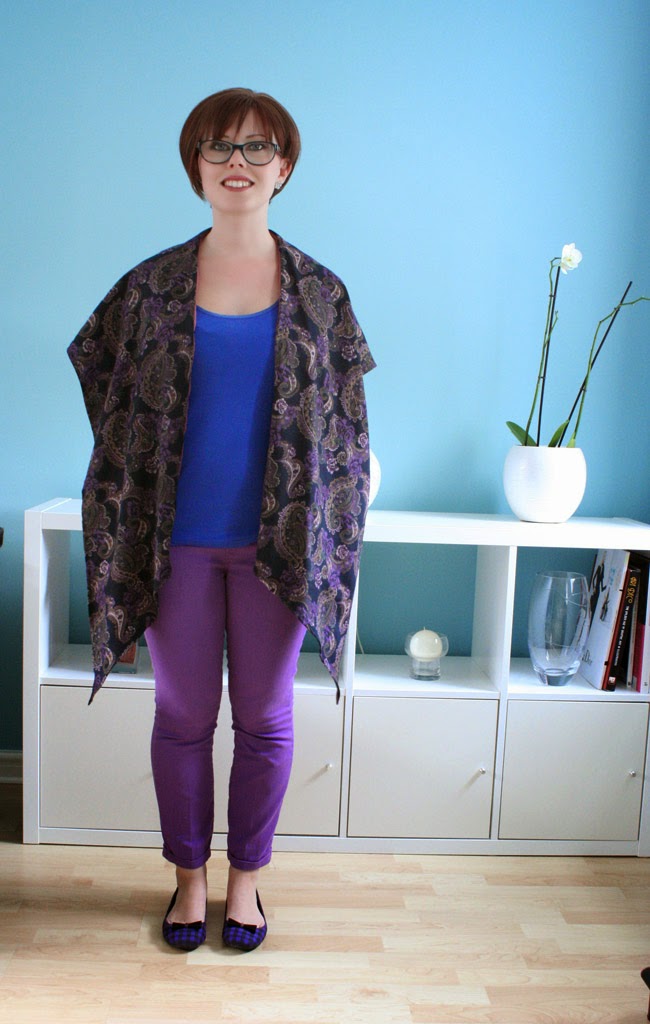 I didn't toile the pattern as it was simple enough (princess seams in the front, darts at the back) but I assumed the waist coat would fall longer than it did. An extra 3 inches would have been nice. Whoops so much for measure twice, cut once. 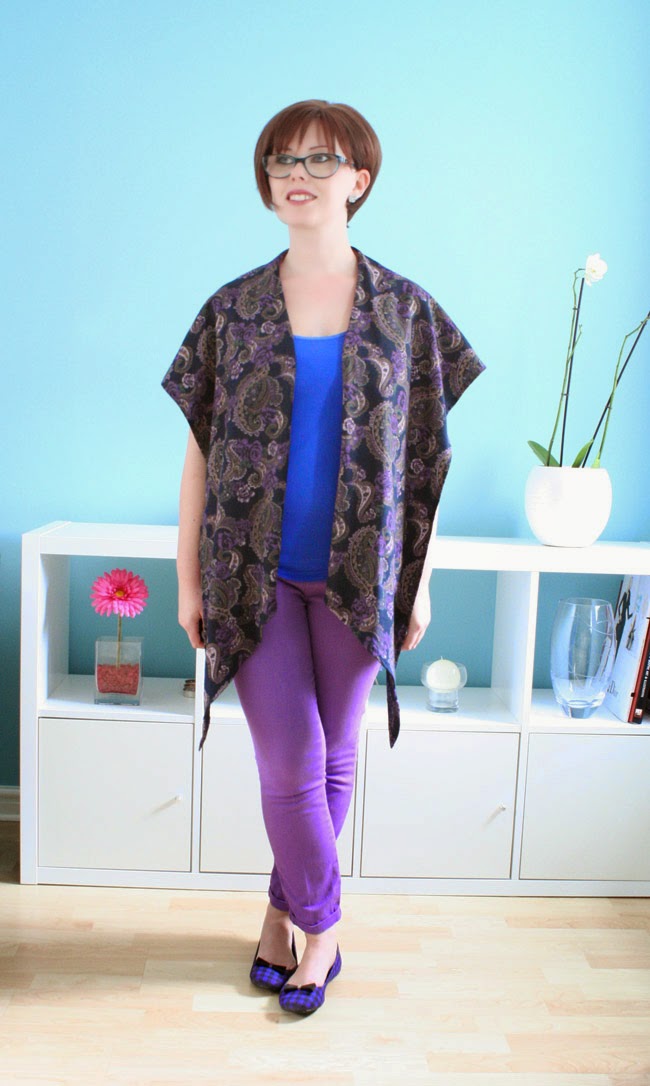 Due to the fabric being fluid I added lining. This was a last minute feature but with the waistcoat not being as long as I thought, it tends to peak out at the back. 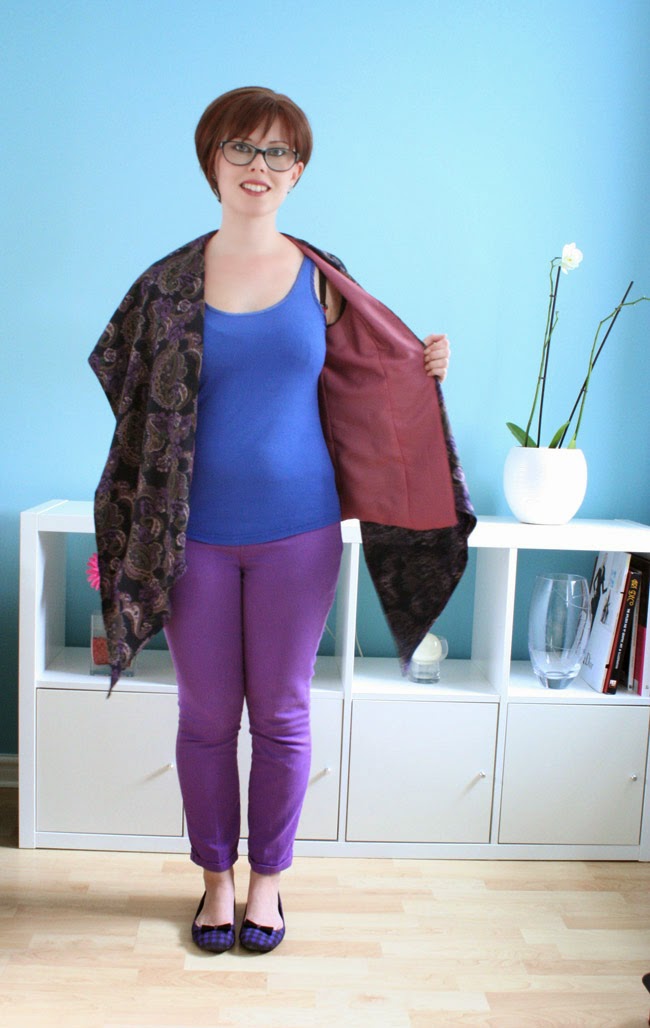 Speaking of back, I feel it doesn't lie as flat as it should. I don't know if it's the darts or the fabric, but it feels like it juts out when I walk around?! 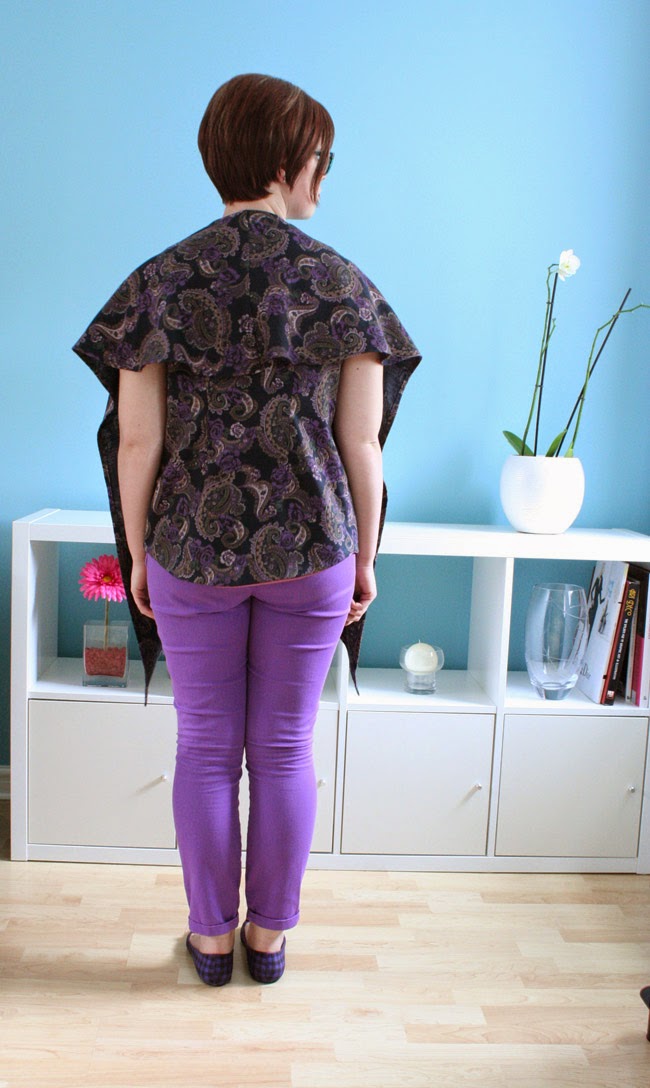 I under stitched the lining on the front to keep it in place, but I think it would benefit from being top stitched, but I'll just see how that goes for now. Although had I lined it using black it wouldn't bother me so much. It just peaks out a touch on the one side, from time to time. 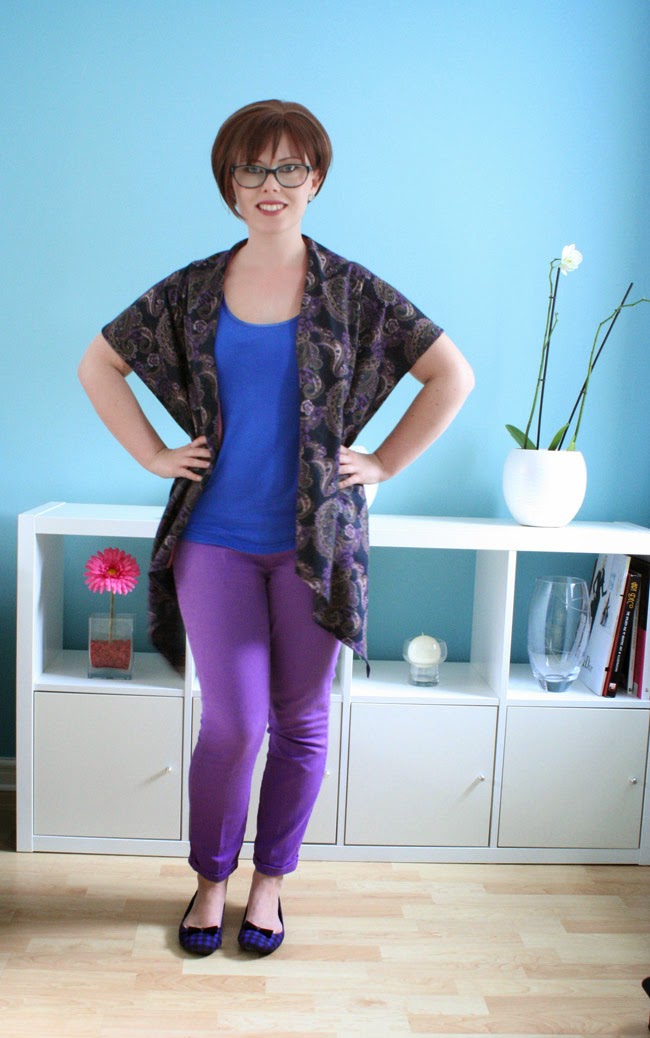 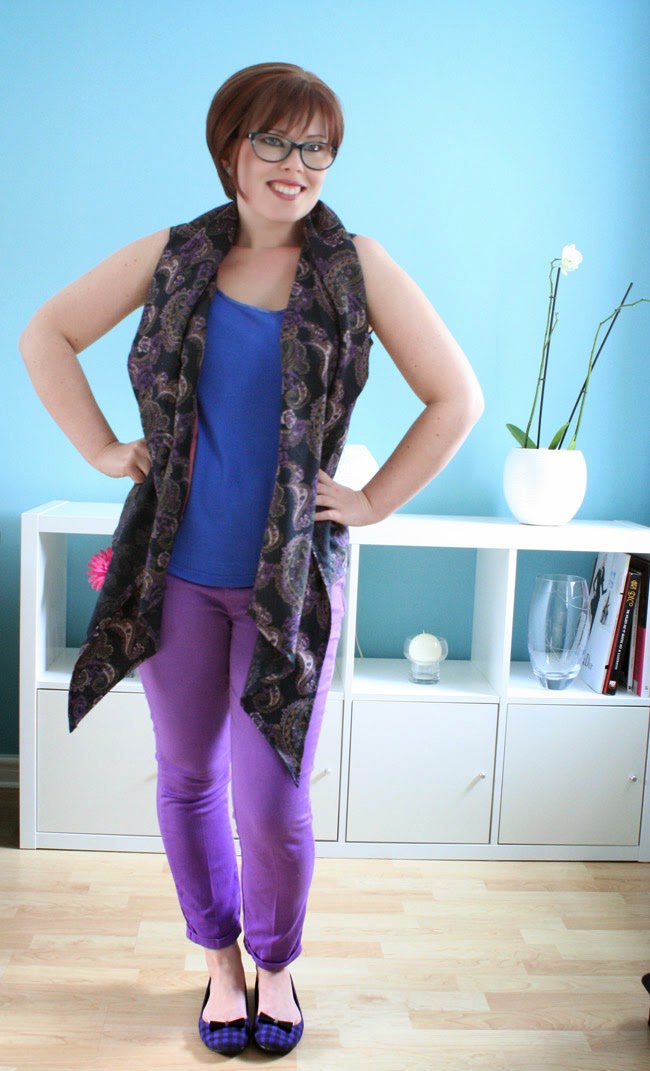 The beauty of this waistcoat is I can wear the scarf draped over my shoulder or gather it up and wear it like proper scarf. Two looks in one Bonus!!