on July 22, 2015
Back in February I spoke about getting in to university ( I start in two months!!!). The Job was partly the reason I was going to university, not just because the shop was shutting, but it had driven me crazy too! (Sometimes there's nothing like a good dose of reality!) So the time felt right.
Back then I spoke about loosing my job earlier than expected, but also having an interview for another shop. So whats happened since......

In part, I was lucky to begin with. I was out of work for a week before landing another job. Shop work, although less hours but plenty of overtime! 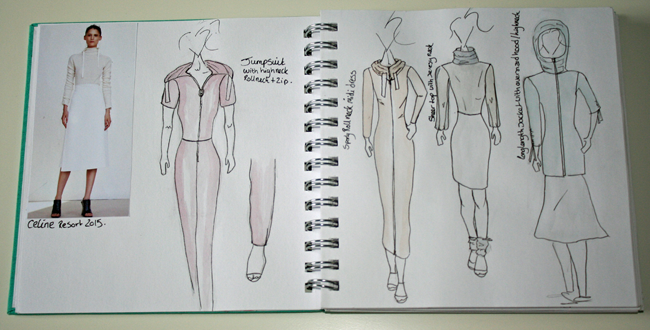 Then there were a few signs that business wasn't tickety boo, so to speak! Overtime was pretty much crushed from the start, talk of cutting hours and 9 weeks into the job Bam! Out of work! Last one in, first one out, you get the jist! 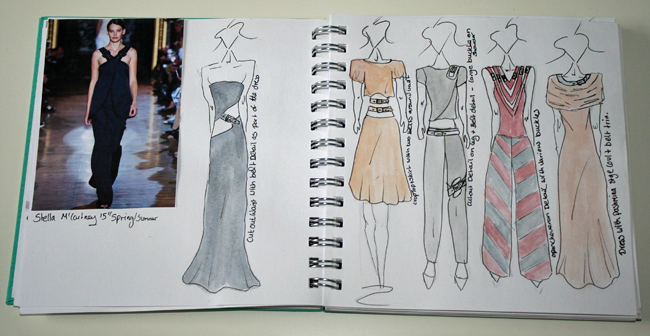 In part it's not all bad, had the first job lasted until April like it should have, I was going to take the summer off to prepare for uni. So working until May in the new job meant a few extra weeks of pay and the summer off too. A bonus in disguise -maybe! Although by this time I had my sight set on working until August, before finishing to go to uni! 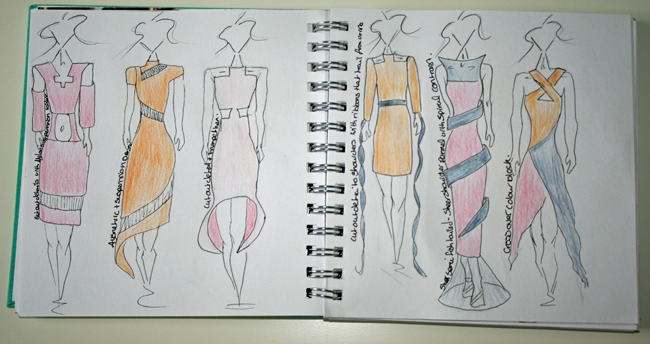 It's strange to think that maybe things happen for a reason. This summer me and my other half are celebrating 10 years together!! We were meant to go away the first week of June to celebrate, but work with him has been cra-zy, normally a mon-fri, 9-5 type of job, Which turned into 24/7 affair -literally (no joke) His time off had to be cancelled. 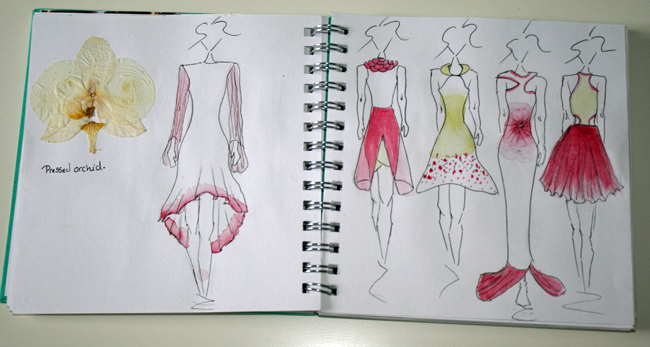 We then looked at going away the end of June instead. That couldn't happen either, (re work) Thankfully we hadn't booked anything! Although had I been working I would have still had to take the time off as the holiday planner was full up, so no chance of moving anything - and strict rules dictated when and what amount of time I could have off. 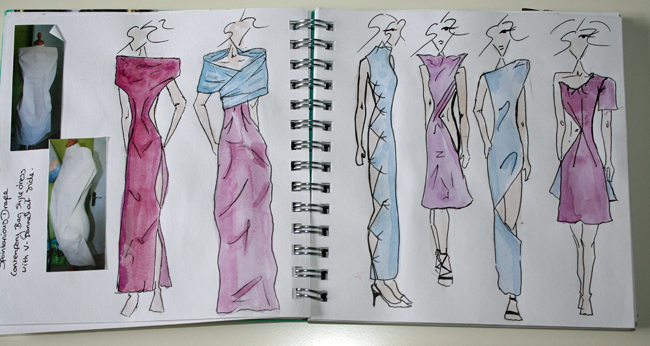 Instead at the end of june I had a lovely holiday in Spain with my mum. We were suppose to go out for Easter, but due getting the other job I couldn't go. I guess this was our reappraisal, so to speak.
On the upside my other half has now got two weeks off starting today, so hopefully a little trip away is on the cards, (work has thankfully returned to normal for him) and we get to go away at the end of August for 16 days too! 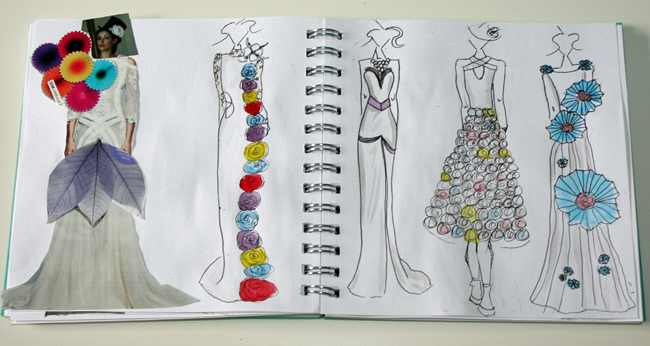 In other areas, I've been able to do a bit more sewing & pattern cutting, plenty of sketching/ design work (those are the sketches your seeing) in prep for uni, painted the garden fence, made a start on painting the front door, had a good sort out and de-clutter and generally finding inexpensive ways to enjoy myself before uni starts, and spending more time with my family! So it's turned out quite well. Now if only the weather would sort it's self out!