on May 23, 2011
Some of you may remember this post about choosing a dress pattern, for a wedding I was attending. well I opted for the project runway pattern choosing the sleeveless pattern 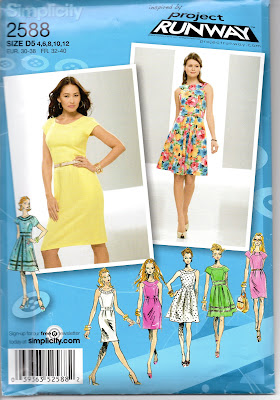 The pattern
I decided to only use the bodice pattern that came with the project runway and drafted my own pattern for the skirt, as I wanted a circle skirt.
This was the first time I'd drafted a circle skirt and it was easy and much less fiddly than I thought, I used the Winifred Aldrich pattern cutting book for reference, where you can either draft a 1/4 circle skirt which means it would have four panels to construct or half a circle skirt with only two panels. I also choose to move the zip from the center back to the right side I also didn't bother using the waist details that came with the pattern and decided to keep it plain. 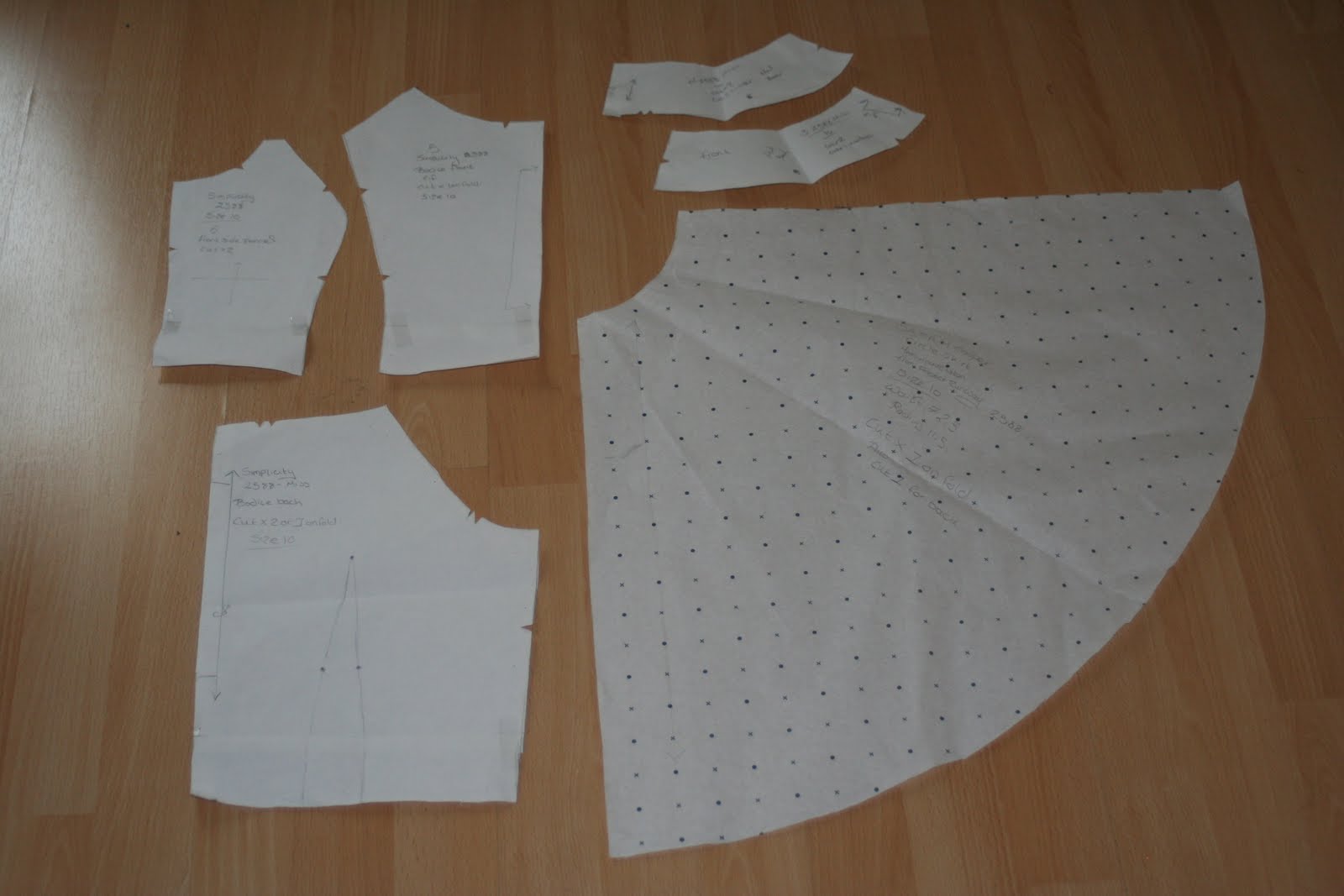 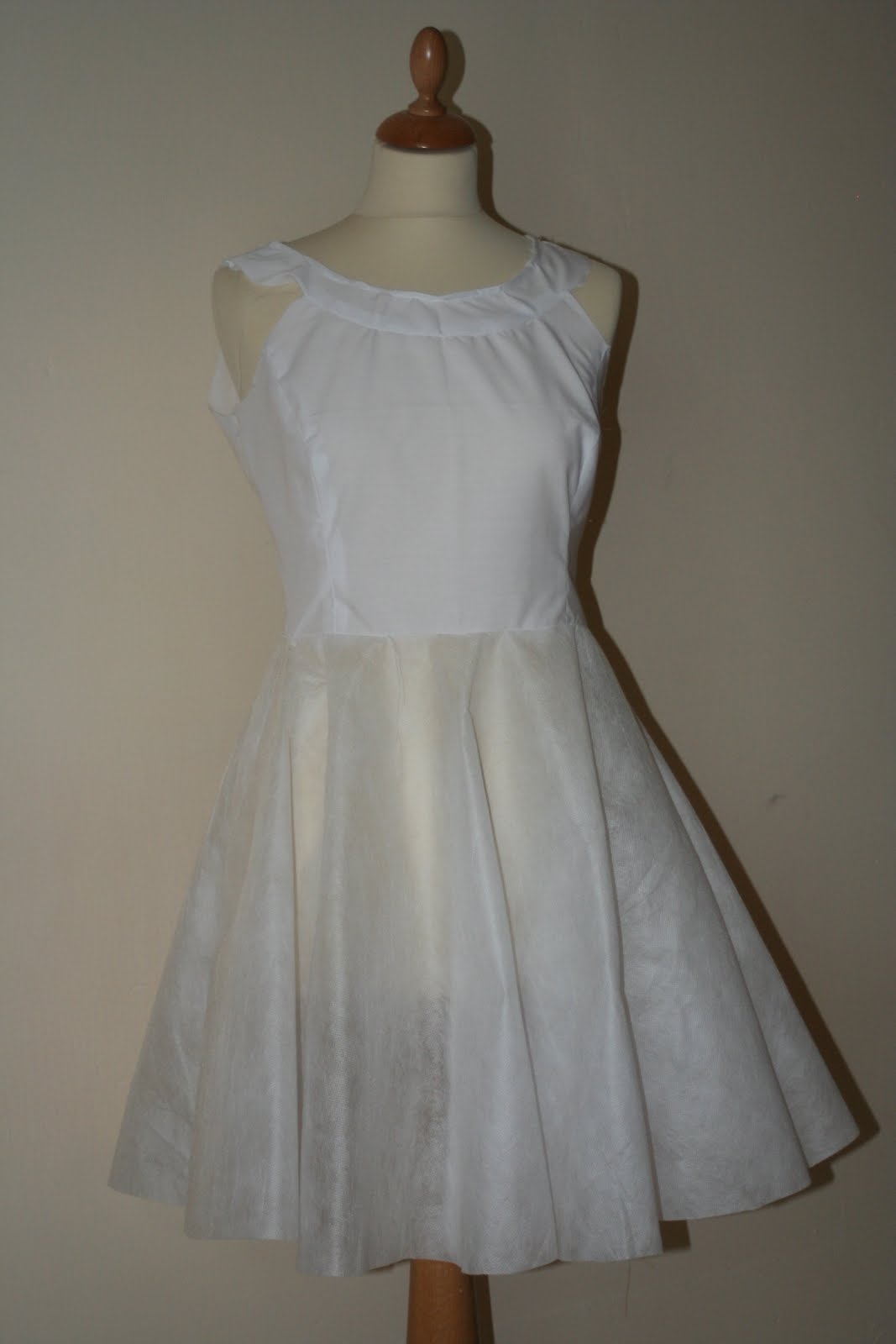 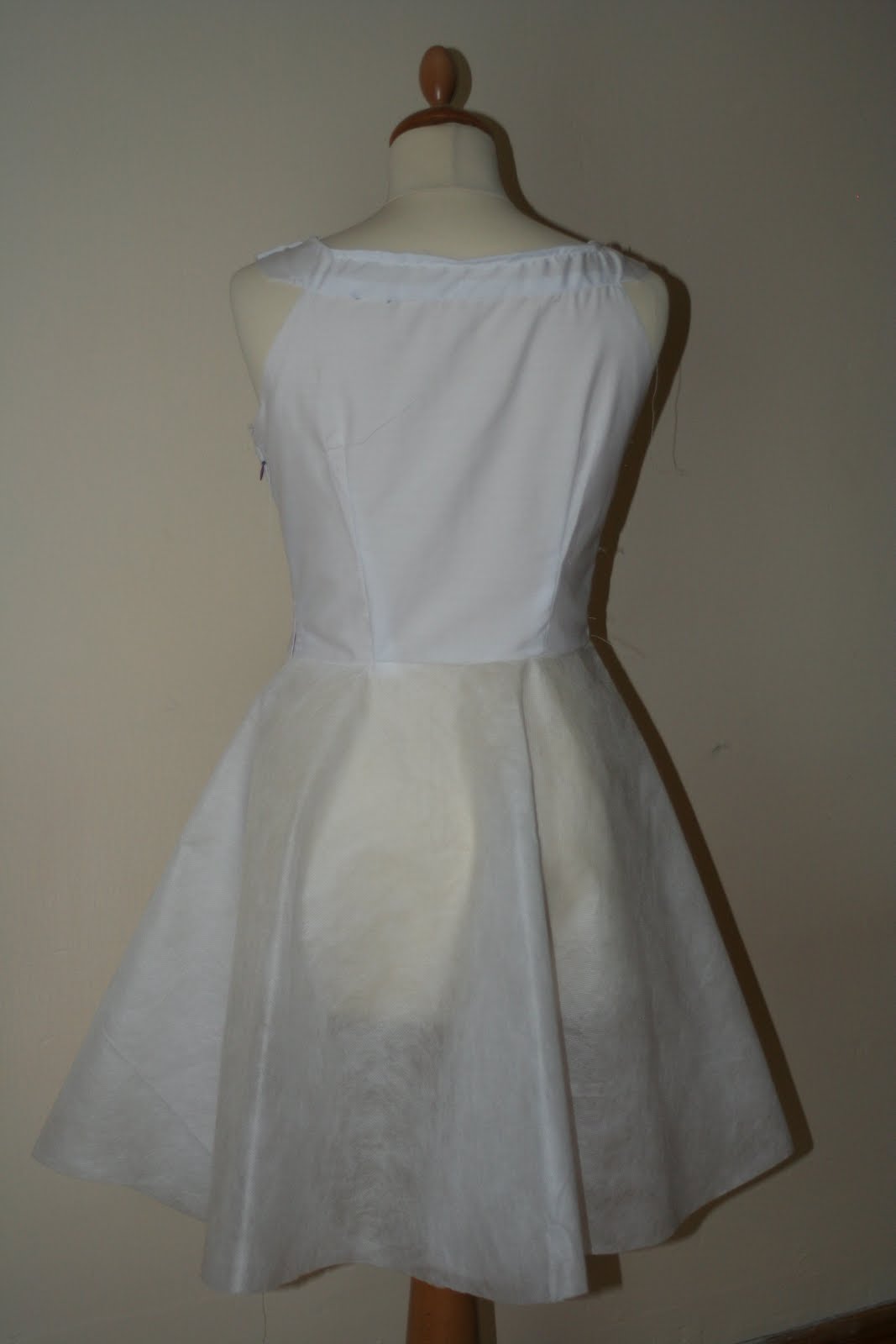 I made a toile first, to check for length and fit before making the dress. There was only a small problem, which was the back gaping but this was easily corrected when I realised I need to take out the the seam allowance on the center back because I moved the zip. The fit was nice but could of been a little more snug but I was happy to leave it as it was.

Fabric
The fabric I chose was turn of events in plum from the innocent crush range by Anna Maria Horner, a bold print with a layered effect which reminded me of the effect lino printing can produce, which I covered in college. 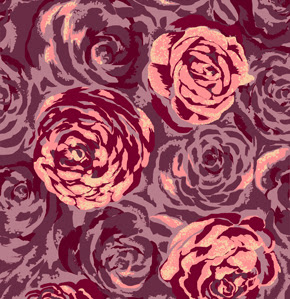 This is a bit unusual for me as I don't go for bold prints or plum colours usually  but I really like the fabric and thought it was different so I went for it!!! 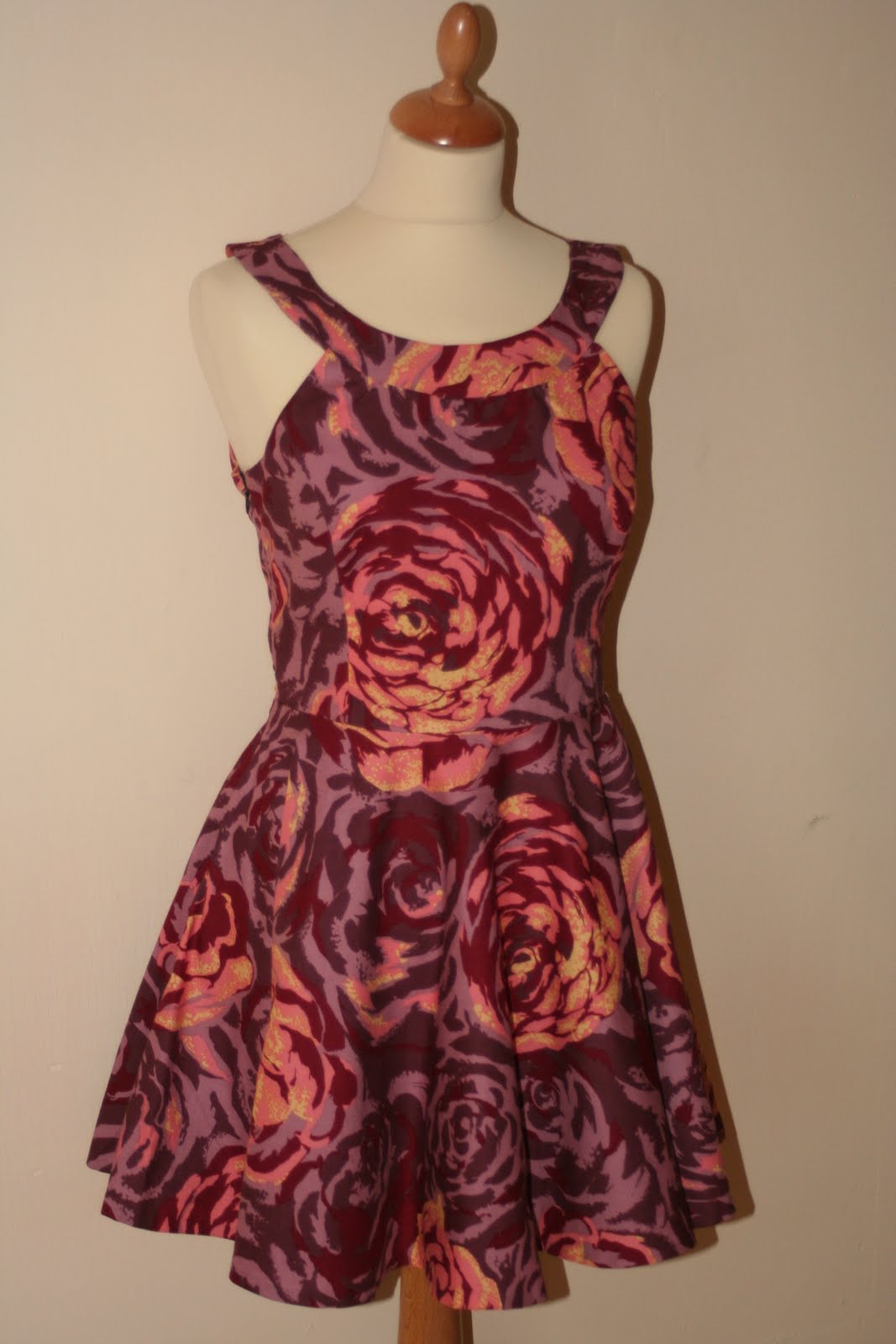 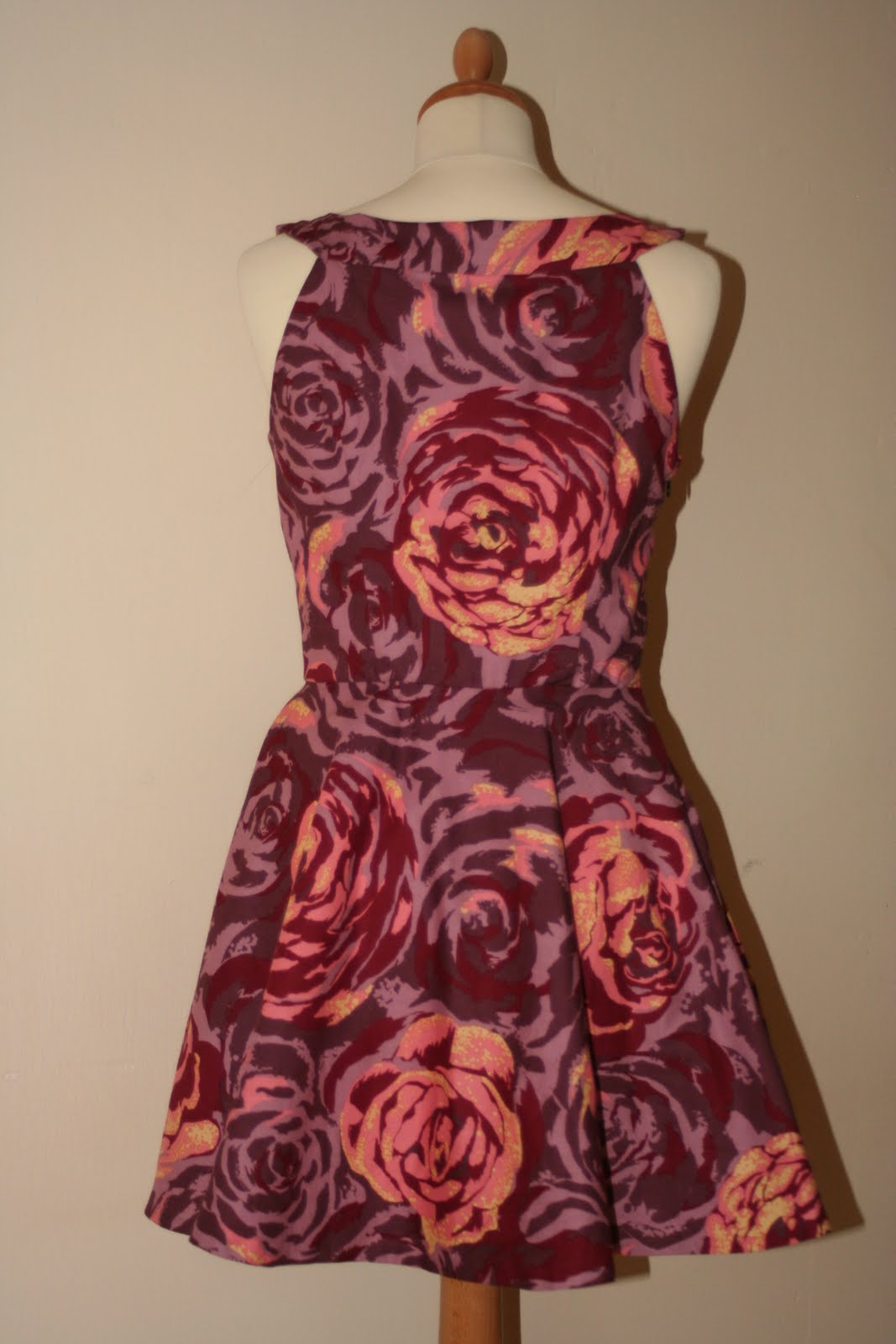 This is what it looked like made up. I'm really pleased with it and although I made a toile which should of eliminated any problems, the skirt pattern ended up being wider than the fabric and longer than the fabric which was only 44in  wide. Although I bought 2meters it wasn't quite enough so rather than buy any more fabric I took 3cm off the side and 5cm off the hem!!! The hem shortened, turned out to look better but the 3cm removal off the side is NOT recommended!! It meant a lot of fiddling and a slight gathered look in the back. Despite this I  think it's the nicest thing I've made for myself so far.

The dress was also fully lined with a dusky coloured pink lining material. A hand sewing hem. Princess seams from the underarms on the front and darts on the back. The lining is something I normally don't do as I'm a fan of facings but I'm glad I put it in as I think it added to the quality of the dress but my sewing skills on lining material need some work!! 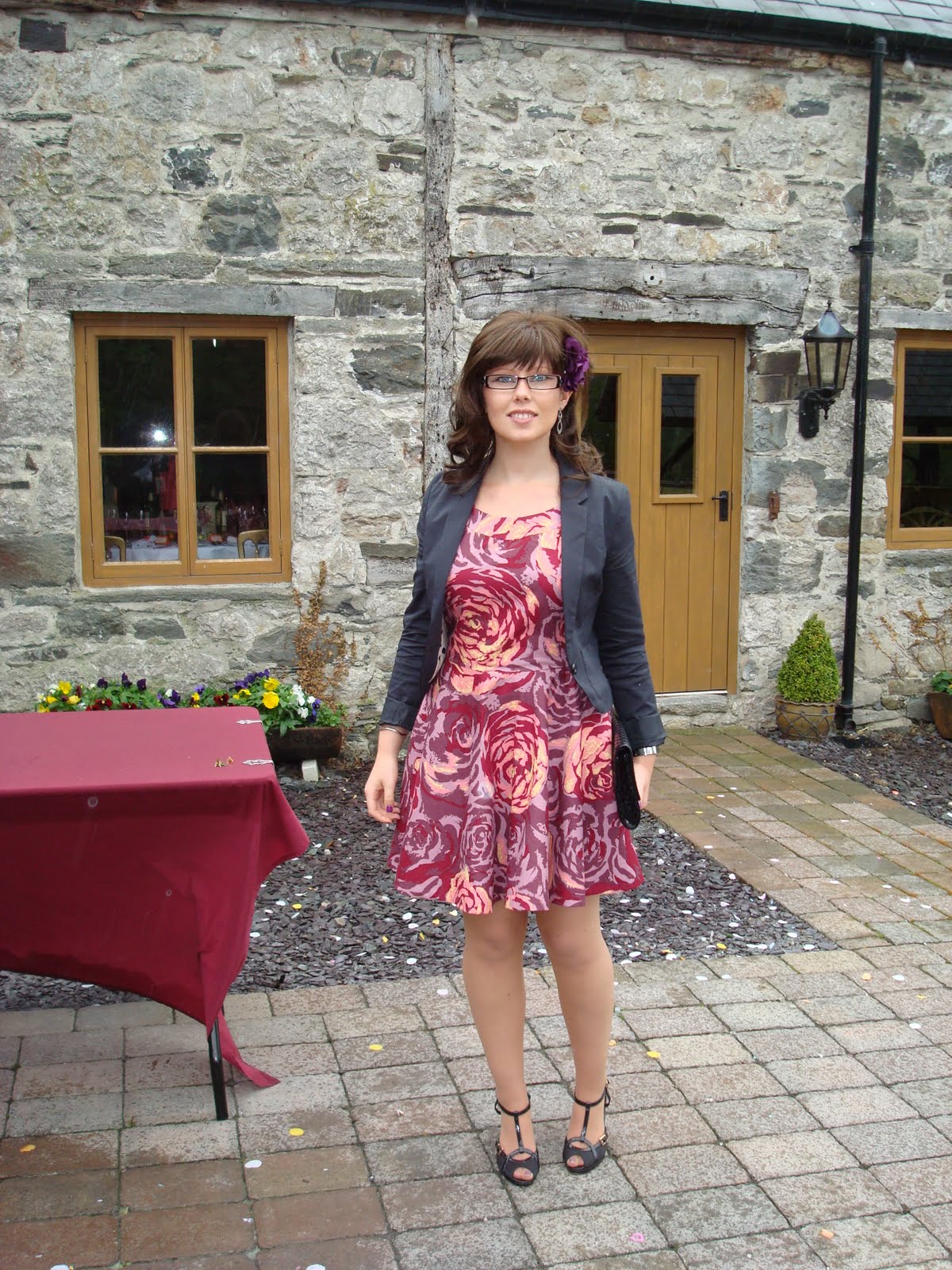 The wedding was Saturday just gone, I would of liked a nice bolero jacket and plain peep to shoes go with the dress but I ran out of time *note to self: must be more organised and forward thinking.
It was a fab day and I had some lovely comments on my dress too which is always nice but more so since I made it :)

Thanks for looking x x