on October 12, 2011
I do like making skirts!! And making this one has reminded me that I should make them more.
It's an unusual skirt by the way of name as it's called a balloon skirt. now call me dull, but I've never herd of a balloon skirt before, bubble and tulip, yes, balloon, no! it looks more like a tulip skirt to me only with pleats. 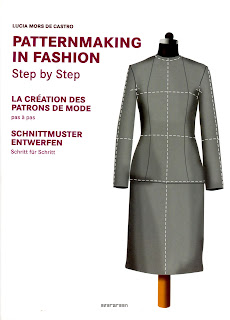 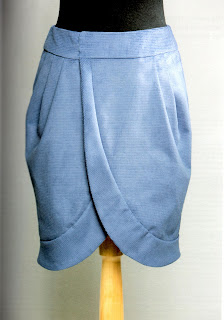 The pattern came from a book titled Patternmaking in fashion by Lucia Mors De Castro ( I think the aurthor is German, so maybe a Ballon skirt is a German term??)
I picked it up in urban outfitters in the sale, £10 down to £8 then when I got to the till it was £5 I think that makes it a steal!!
This is the only pattern I've made from the book so far, but it has around 8-10 pattern's in it that all look worth trying. 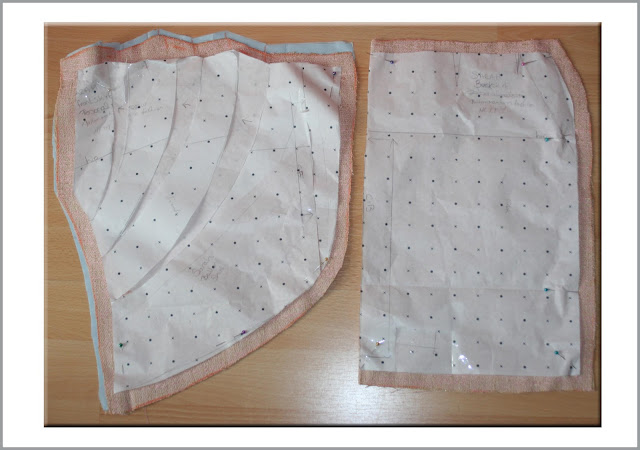 It was easy to draft, and it's left up to you to decide how long you want the skirt, where to place the pleats, how wide you want them and how high the waist band is. The pleats are created by drawing curves on to the basic pattern then cutting down them and spreading them out.
It has 6 pattern pieces: front &back, waist band, hem yoke, pockets & pocket bags. 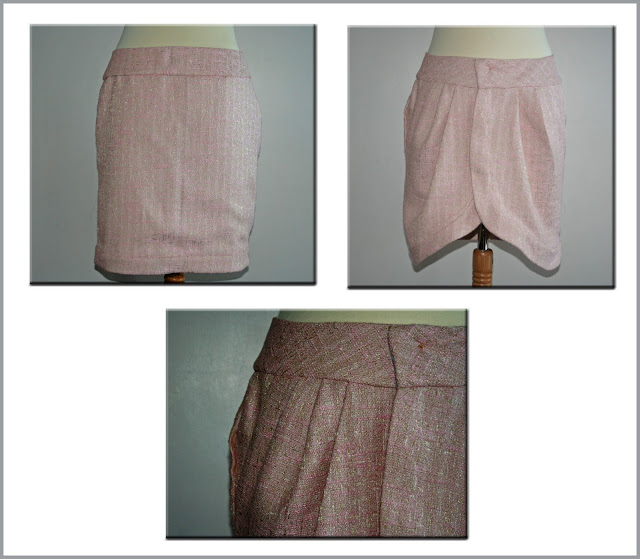 The skirt was easy and quick to put together, I used wool material that I bought in Spain for 2 euros, and although this was the first time I had sewn with wool material I found it to be simple. I really liked how the skirt turned out but good job I checked the fit before attaching the waist band as it was a little big this was easily remedied by taking in the pleats. The down side was that I didn't make a muslin/toile so it ended up being a little longer than I wanted. 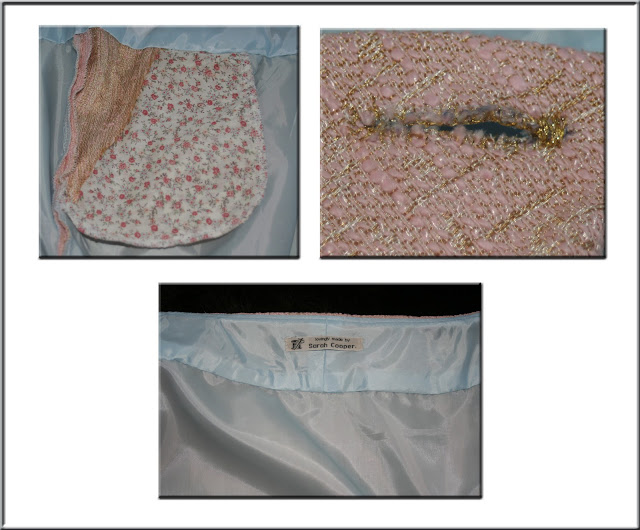 I underlined the skirt in blue lining material that I had left over, I thought the blue would make a nice contast, but the hem yoke was self faced. I forgot to underline the pockets but it's nothing I'll lose sleep over. I also used the same material for the pocket bags as the ones on the Laura Ashley shorts.
The skirt is fastened with a button which fastens on the inside of the skirt. I hand stitching the button hole, I used gold embroidery thread to match the flecks of gold running through the fabric plus it's something I've wanted to do for a while, I found it quite easy to do but time consuming, and to be honest I don't see anything wrong with a machine made hole plus it's quicker.
The skirt does need another fastening though as I don't feel confident just relying on the button, I mean what if the button fell off I'd be left with the skirt round my ankles and extremely red faced, and in a small town like mine you really wouldn't want that!! 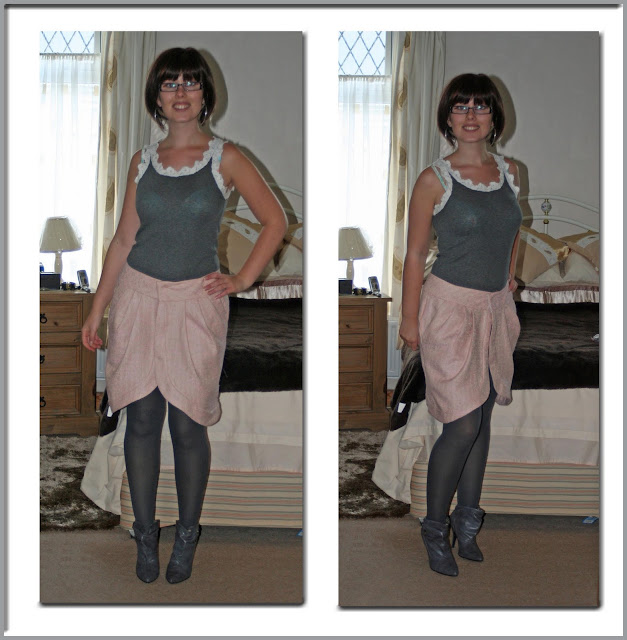 I pared the skirt with grey for photo's but I'm not really fussed that it works. I am hoping this will turn in to a nice winter skirts though. I also realised that skirt is going to need another small fastening on the wrap over, as when I walk it opens so all I need is a gust of wind and my modesty's gone!!

whilst taking the pictures my pet pooch decided to get in on the action her name is Ellie (spelt Elle.) She is often lying at the side of me while I wright these posts, she eleven years old now so I've had  her near enough half of my life but my gosh she is the greedy-est dog I have ever come across!!