Dress's in another form.

on May 06, 2012
Sewing is somewhat on go slow at the moment, as work is a little all over the place, but working in a craft shop does have some perks!!

I can't say I've ever really had the urge to try stamping......not until I seen this baby!! 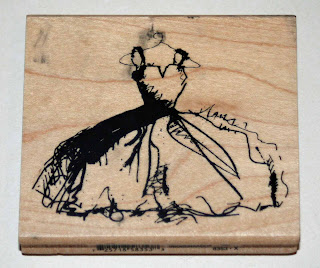 It's funny how something you've never considered can become enjoyable if you find an area in which it can appeal to you. I've been stamping away, on paper, card and fabric and I'm finding it really enjoyable.

I only have the card print to show you at the moment, but I'm enjoying my new found passion, so expect t-shirts, dress's and bags adorned with this stamp too!! 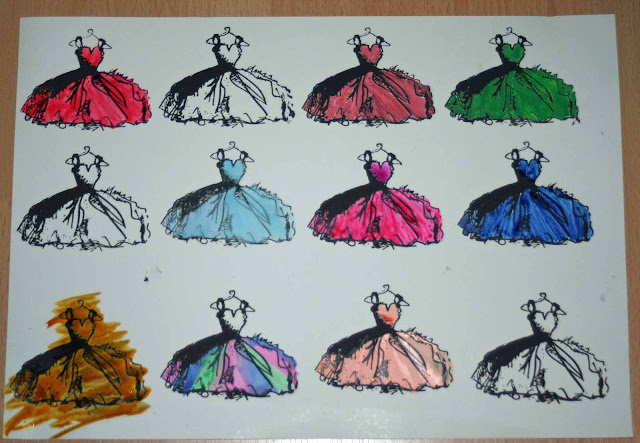 I stamped the images first, let them dry and then coloured them using, inks, pro makers, watercolours and gouache. The inks work best and produce the most vivid colour results.

It's a fun way of doing something, that appeals to my dress loving, clothes making side but in much less time.

My buttons for my coat have arrived-yay!! They are actually quite nice and I have Thursday off so fingers crossed I can finally start sewing the coat.

I've finished a second version of this dress, but with sleeves. I'm not sure if I like the sleeves, but I'm hoping they'll be a grower!!
The fabric I've used is, isn't really for dress making I don't think! It's a cotton but it's woven so tight that my machine has really had to fight to get the needle to go through. I've tried a million different needles to see if any would go through more easily, but nope it's still a struggle, all I've got left to do is turn up the hem, although I'm thinking of adding sequins to the dress too!!

One last thing, you know how I signed up for the 12 in 2012 and it's going so well..... or not!! I have come to the conclusion that I cannot keep to lists not where sewing is concerned!!
I now feel the urge to make a few skirts for work and a pair of gingham trousers style jeans. I suppose I shouldn't complain, because at least the inspiration is there but so much to do and so little time- oh well, isn't that the bane of everyone's lives haha!!