on October 19, 2012
Lady's and gentlemen this your captain speaking, fasten your seatbelts as we prepare to to take off with Pan Am airlines.
Or something like that ;)

Back last year, I was taken by this outfit seen on Pan Am, so eventually, (like a year later) I finally got round to making it, well a version of it anyway!

Oddly this photo makes it looks more like a dress rather than a skirt and top. Anyway I decided to give my pattern cutting skills a dusting off for this one and drafted  the pattern myself. 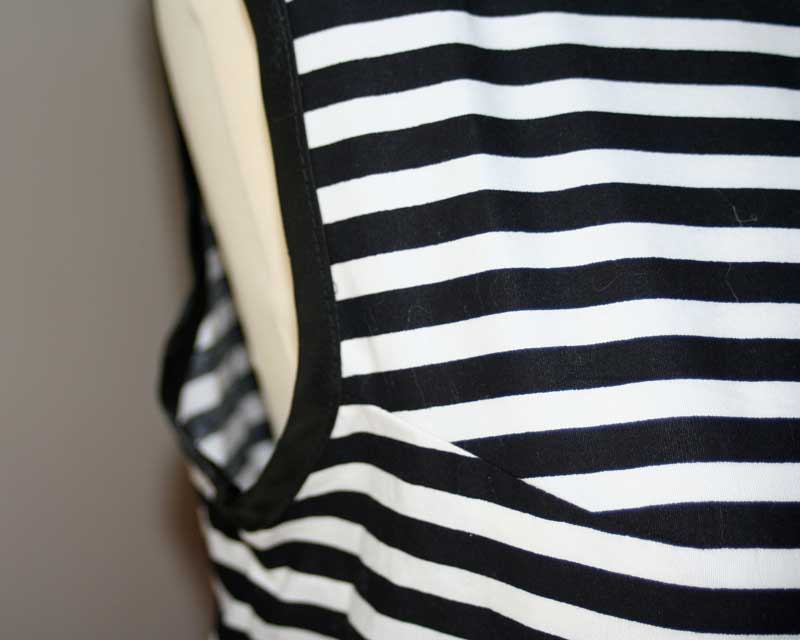 The top originally had no darts but it was gaping at the arm holes. There was only so much I could take from the side seam before I decided that adding a small bust dart on each side was what was really needed.

I winged the darts, whilst I was wearing the top I pinched the excess material, pined it in placed and made sure the darts were even before stitching them.
I added satin bias binding to the neck and arm holes as a nice finishing touch. 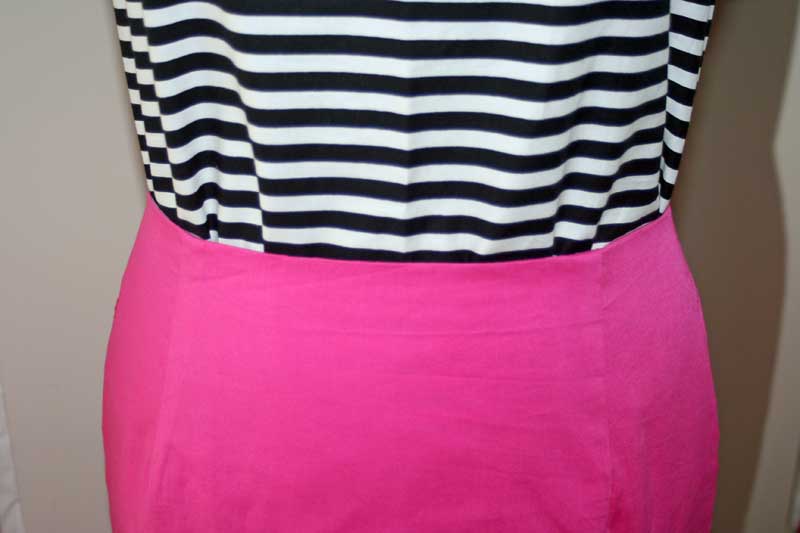 As for toiling I didn't bother, I fitted as I went along and it happened to turn out pretty well, apart from the darts on the skirt, they could of been a little closer together on the front.

Fabric info and other bits you may want to know....

The fabric for the top is a decent quality poly-cotton, at the time I couldn't find anything similar to the Pan Am top, there was some zebra print but it looked cheap and tacky, so the stripe looked like the best option.
I wish the stripes were a bit bigger though as it's harsh on the eyes, the type that when you look at it it sends your eyes in to spam  whilst squealing 'I can't look at that'.
I've since seen some that fabric that would have been more suitable. Typical!!

The skirt is two way stretch poly cotton  so it's got some give in it which with it being a pencil skirt is a good thing as I didn't want to be hobbling around in it too much. I actually made a mistake when I was choosing the colour thinking that the Pan Am skirt was quite bright when in fact it's more of a natural pink!!
The skirt also has a centre back zip, which I think I prefer to a side zip. It's also fully lined and I hand stitched the hem too.

What I like most about this outfit is that it's versatile, it doesn't have to be worn together it can work just as well as separates.

On a side note I would have loved  a series two of Pan Am but apparently it's been pulled :'(

All thats left to do is to dig out some of that leather in my stash and make a belt to match.

What have you been sewing?